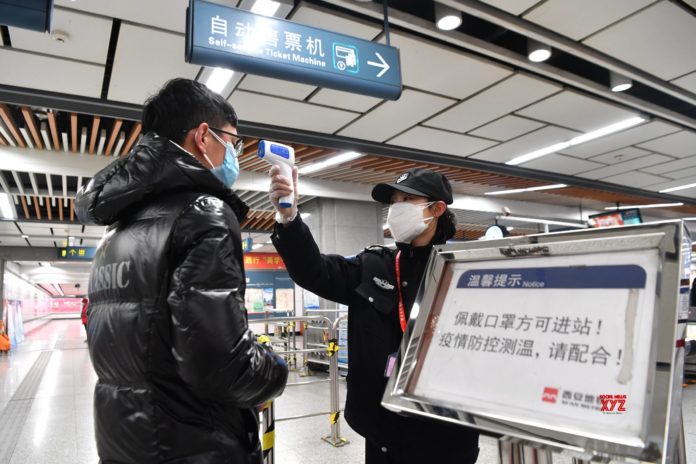 (IANS) From global aviation and automaker companies to Starbucks and Apple, the alarmed industrial world on Wednesday scrambled to stop travel to China while closing certain operations as the number of confirmed Novel Coronavirus cases jumped to 5,974 — surpassing the 5,327 cases in mainland China during the SARS outbreak in 2002-2003.

The death toll climbed to 132 — still lower than 348 people who died owing to SARS in China but the greater threat loom as nonone has answers to how severe the 2019-nCoV outbreak is.

Warning of an upcoming financial hit from the China virus outbreak, Starbucks closed nearly 2,000 restaurants out of 4,292 stores it operates in the country.

British Airways (BA) suspended all direct flights to and from mainland China because of the coronavirus outbreak, reports the BBC. BA operates daily routes to Beijing and Shanghai from London”s Heathrow airport.

“We apologize to customers for the inconvenience, but the safety of our customers and crew is always our priority,” BA said in a statement.

Several other airlines like United Airlines, Air Canada and Cathay Pacific Airways have already canceled some flights to China.

In India, Air India and IndiGo said they would suspend some flight services to mainland China and Hong Kong owing to the outbreak of Coronavirus.

According to The New York Times, automakers Ford and Toyota said they would idle some of their vast Chinese assembly plants.

Ford and Renault would only resume production at their China factories after extended breaks for the Chinese New Year holiday.

Facebook and other high-profile US firms have also told their employees not to travel to China.

Apple which has a strong China base in both manufacturing and retail segments said that the company has closed one of its retail stores and has restricted employees” business travel to the country.

“We”re taking additional precautions and frequently deep-cleaning our stores as well as conducting temperature checks for employees. While our sales within the Wuhan area itself are small, retail traffic has also been impacted outside of this area, across the country in the last few days,” said Apple CEO Tim Cook.

While McDonald’s has suspended business in five cities in the affected Hubei province while the owner of KFC and Pizza Hut has closed outlets in Wuhan. Disney has closed its Shanghai and Hong Kong resorts, according to multiple media reports.

A chartered plane carrying 201 Americans from Wuhan landed in Anchorage, Alaska and after a proper health check-up, departed for their final destination at March Air Reserve Base in Riverside County, California, according to media reports.

Several countries like Australia, Malaysia, Indonesia, and India were in the process to evacuate citizens from Wuhan.

The Indian government has requested China to clear a flight that could evacuate about 300 citizens from Wuhan.

Air India is likely to operate a flight service to Wuhan on January 31 to evacuate Indians stuck in the city due to the outbreak of Coronavirus.

In a bid to curb the spread of the virus, Chinese authorities have closed transportation services across many parts of the country, including Wuhan.