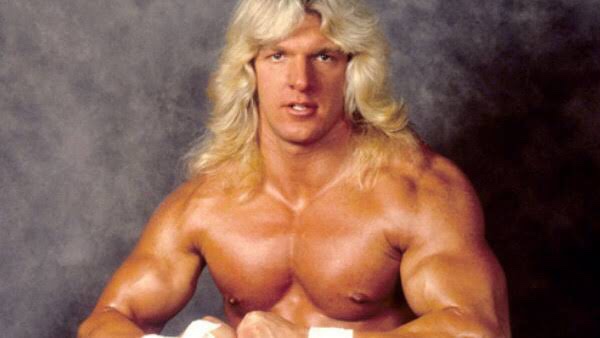 Triple H was a guest on Loudwire’s Wikipedia: Fact or Fiction, clarifying certain things written about him on his Wikipedia page. He discussed how he did not leave WCW because they turned down his request to be a singles competitor, and also recalled his first meeting with Vince McMahon. Highlights are below.

On if the report that he left WCW because they turned down his request to be a singles competitor is true or false:

“That’s false. When I went to WCW, they offered me a multi-year deal, this is one of those things where you look back now and go like, ‘I can’t believe I had the balls to do that.’ It was for very little money, which won’t sound like it was very little money now, but it was like for $50,000, but at that time you paid all your own expenses, and I was on the road a lot. So I was losing a lot of money wrestling. So by the time I get to the end, and I was broke, but when they first offered me the contract, I was like, ‘Man, it’s not a lot of money,’ and Bischoff was like, ‘Well, I’m not paying you more money.’

And I was like, ‘Alright, it’s a multi-year deal, what if I just did one year?’ And he was like, ‘So I’m offering you multi-years, you just want to sign one? It’s kind of a dumb decision.’ I said, ‘Look, here’s how I look at it, let me wrestle for you for a year. At the end of the year, you’re either going to know I’m worth a lot more than $52,000, or I ain’t worth keeping.’ Things were such a mess there. Even Nitro hadn’t started yet but you could see the mess coming. And everybody that had come there or gone to WCW from New York, from WWE, was like, if I was asking anybody, my contract’s coming up, anybody that had been up here, was like, ‘Dude, get out of here. Go up there, Vince will make you a star.’

On his first meeting with Vince McMahon:

“I came up and met with Vince, first meeting with him I don’t think he knew who I was, I think somebody had just asked him to take the meeting. I left thinking, ‘Well, I guess they weren’t that interested in me.’ I wrestled Starrcade, was my first PPV ever, I wrestled Alex Wright at Starrcade. They got Vince on the phone, and then Vince said, ‘Hey, I saw you at Starrcade yesterday, I want you to come here.’

And now he was what I wanted him to be. He was like, ‘I want you to come here, I think you’re a talented kid. I’m not offering you any spot, I’m offering you a spot. I don’t guarantee money.’ I had told him when I came in, it’s not about the money for me, I want to work everyday, I want to work the best, I want to be the best. And he said, ‘I promise you this, you’ll work here every single day, you’ll work with the best guys in the business, and if you want to get great, this is where to do it.’ That was all I needed to hear.”