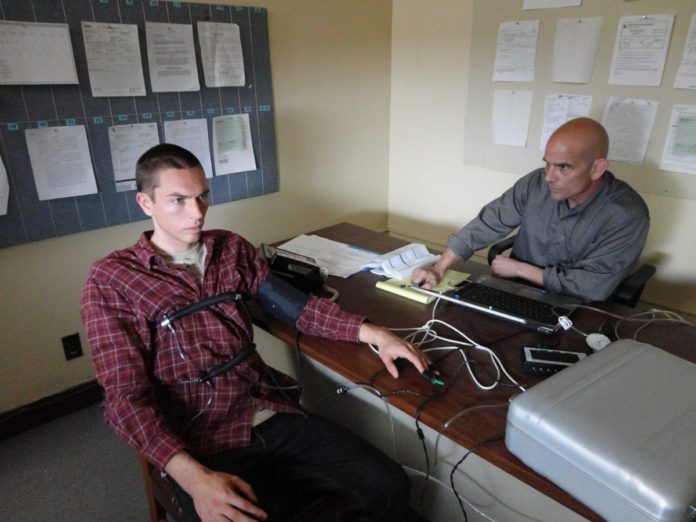 Human beings are conditioned to believe that lying is morally wrong. They do not like to lie but do so consciously or unconsciously when they are under pressure. Lying produces nervousness and anxiety. These two conditions in turn produce distinct physiological effects that are sometimes visible and most often measurable in a lie detection machine such as a polygraph. The physiological effects of lying include:

The lie detector machine records the measurements on an analog graph. Over the last half century or so, analog polygraphs have traced out their measurements on moving paper rolls which look similar to fax paper rolls on early 90’s fax machines. These papers are then annotated by the examiner during the polygraph test and read after the completion of the test.

More recently, polygraph machines have been hooked up to and its measurements recorded onto laptop or desktop computers thus making it easier for the examiner to administer the test without having to fumble around with lengthy paper rolls. Computers have revolutionized the way polygraphs are recorded. Computers have made analog polygraphs obsolete and make it efficient in storing the results of multiple subjects in one place.

Again, the results of digital polygraph tests can be inconclusive provided that the test subject has had previous surgeries, illnesses, or is taking drugs, medications, or alcohol.