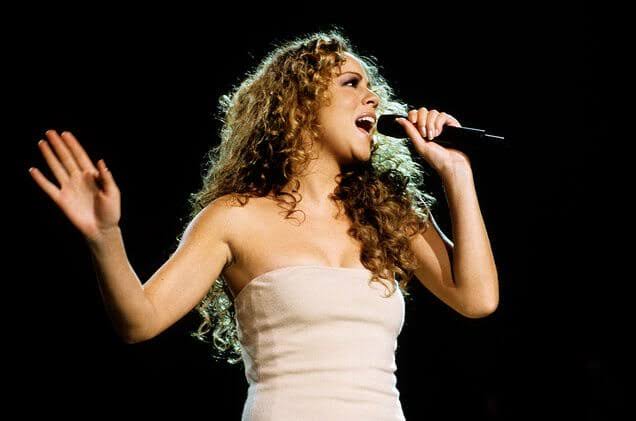 In this article I’m going to talk about “owning the stage’, and it means just what it implies: the great singer is also a great performer, and the stage is her personal playground.for as long as she is performing on it. Unless you have a gaggle of pretty dancers surrounding you, it’s just you, your voice, your body and the stage.

So how do you “own” that stage?

Well, first of all, you need to decide where your stage is. Your stage changes for different songs, For instance, if you are singing a slow, sad ballad, you may want to make your stage an area that doesn’t exceed what you need to stand in front of the mic. Or you may want take the mic out of the stand and move around just a little…say a 5 foot square area.

This sounds easy, but it’s actually the most difficult of “stages” to work with. It’s a lot easier to move around a larger area than to be confined in a small space. Facial expressions and small gestures become very integral to the performance. To stay attached to a microphone throughout a song, while keeping the audience’s interest and attention is very difficult. This takes practice.

If you plan to deliver some songs this way, you’d be smart to video yourself at home so you can critique and find ways to get the song across without much area movement. Get family and friends to help with your critique.

Don’t fool yourself by believing that just standing at the mic and using your great singing abilities is going to capture them and make them believers. The smaller your “stage” is, the more you have to reach inside for powerful, yet subtle, feelings to communicate. Watch the pros. Learn their stage moves.

Obviously, your alternate “stage” is the entire stage. All of the area available to you while you perform. Using this larger area makes it easier to come across as a seasoned performer, but has its own set of potential problems.

• Divide the space into 5 separate areas: center stage, down-right (down toward the audience, but to your right), down-left, and down-center. Use all of these areas by moving through them during various parts of the song. When you move to a new area, stay there a while. Don’t leave too soon. Let the verses, bridge and choruses move you to different areas.

• Down-center is the strongest space on stage, and should be considered for your biggest choruses and power ending.

• Center stage is the neutral zone, and can be used for any part of the song. Just don’t anchor yourself there for too long.

• Down-right is also very strong. Move there from your starting place and you won’t go wrong.

• Don’t forget down-left. Those folks over there will really enjoy your getting close to them.

I recommend you practice your songs, deciding in advance where and when you are going to move. Seasoned performers have been doing this so long that it becomes natural, but the best of them still have a game plan before going on stage.

Also you could use any of the five areas for a “standing at the mic without moving around” space.

Finally, don’t shuffle around once you’ve claimed your space. Plant your feet, and only move them because you decide to…not because you’re unaware that you are doing it.