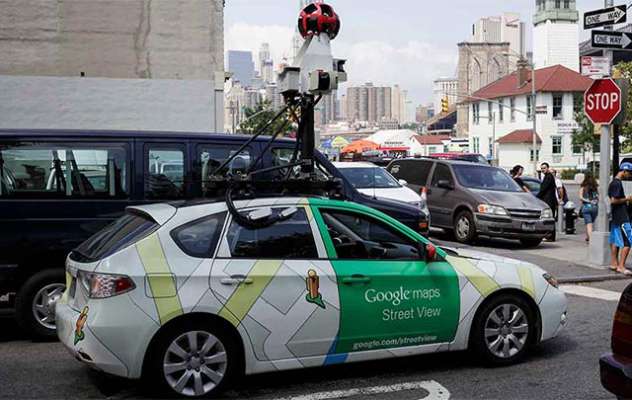 (IANS) How would you react to see your deceased parents or grandparents in a Google Map photo showing the front yard of your ancestral home from the past? Several people are currently experiencing this as Google Street View cameras have thrown back photos of the deceased ones to their families.

People are thrilled to find images of their deceased loved ones on Google Maps and the trend has just gone viral.

The recent incident happened with Andrea Pristas, 21, from California. Her father, Randy Pristas, was washing his car in the front yard in 2010 when a Google Street View car passed by.

“I waved at it, so you better check it one day,” his daughter recalled him telling her back then. Randy died in 2017, reports BuzzFeed News.

Andrea one day decided to see if that image was still there and to her surprise, “there he was, waving”.

She is not alone as this has now become a viral Twitter moment.

“My grandpa passed away a few years ago. We didn’t get to say goodbye to him. Yesterday we found out google maps finally drove through his farm and as we were curious going through it, where the road ends, there is my grandpa, just sitting there,” posted a Twitter user named Yajaira.

The tweet inspired others to look up the addresses of their parents and grandparents.

“The same thing happens when I google my Nonna and Pops house. They”re both gone now but on google maps, they”re out in their garden together. Gets me every time,” posted Lauren.

“Because of this thread I found my dad… it’s been almost 4 years. I never knew. Thank you,” wrote another user.

To date, Google Maps have captured more than 10 million miles of Street View imagery – a distance that could circle the globe over 400 times.

The idea of Street View started as a side project more than 12 years ago as part of a goal to map the entire world.

The company collects street imagery via a fleet of Street View cars, each equipped with nine cameras that capture high-definition imagery from every vantage point possible.

“These cameras are athermal, meaning that they are designed to handle extreme temperatures without changing focus so they can function in a range of environments,” according to Google.

Each Street View car includes its own photo processing center and lidar sensors that use laser beams to accurately measure distance.

Once Google collects photos, it uses a technique called photogrammetry to align and stitch together a single set of images.

“Same thing with my abuelo (grandfather) we can see him just relaxing outside our house in Mexico. Every time I miss him especially during this time I always go back to it,” posted Jackie.

“Omg same thing with my nana!! It’s gonna be 3 years since she passed,” posted another Twitter user.