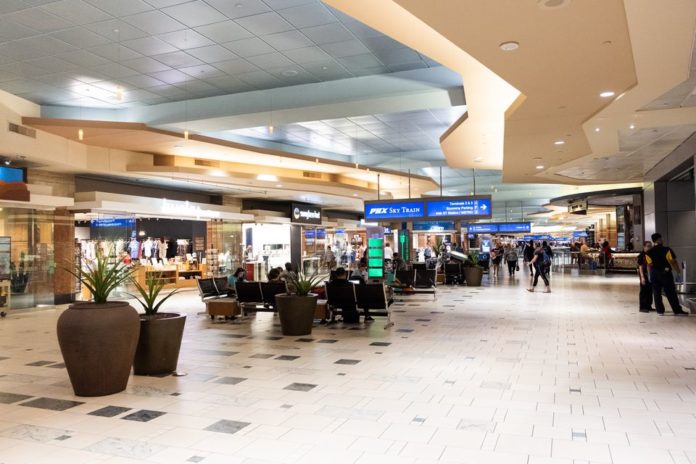 Hundreds of travelers were temporarily evacuated from parts of Phoenix Sky Harbor Airport on Friday after American Airlines called police to deal with a disruptive female passenger, airport officials and witnesses said.

American Airlines said in an email that employees requested help from police to deal with a passenger on Flight 648 to Salt Lake City shortly before it was supposed to take off.

Parts of Terminal 4 were briefly evacuated. Jon Connor, a filmmaker, said he was walking to his plane when “all of the sudden hordes of people” started walking in his direction.

The investigation also caused three flights to be delayed.

Passengers posted pictures of crowded hallways on social media. The airport says everything is back to normal.