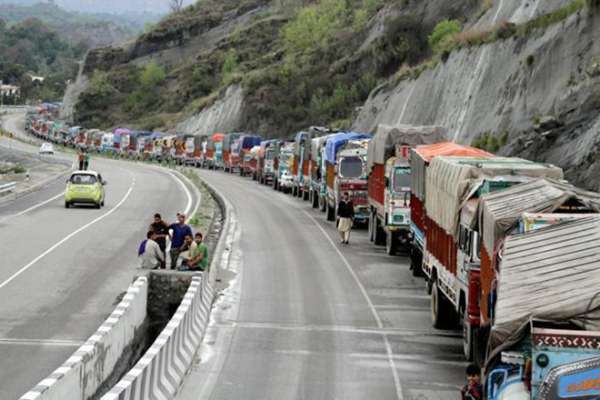 (PTI) One-way traffic resumed on the 270-km Jammu-Srinagar National Highway on Sunday after remaining suspended for the past four days owing to multiple landslides in Ramban district, a traffic department official said.

Traffic was allowed from Srinagar towards Jammu this morning after the road was cleared of blockades caused by landslides and shooting stones from hillocks overlooking the highway at Digdole and Chanderkote, the official said.

He said stranded vehicles, mostly trucks, were allowed to move towards their destinations late Saturday after the road was made trafficable.

The highway was closed for traffic on Wednesday following multiple landslides at Digdole and Chanderkote in Ramban district, leaving thousands of commuters stranded.

The traffic on the highway plies alternatively from the twin capitals of Srinagar and Jammu during winter months in view of the road condition and the ongoing work on the four-laning project.

He said Bhaderwah in Doda district was the coldest recorded place in the region with a minimum of minus 3.7 degrees Celsius followed by highway town of Banihal in Ramban district at minus 2.8 degrees Celsius.

The high altitude areas of the Jammu region including Doda, Ramban, and Kishtwar experienced light to moderate snowfall on Saturday.

Katra, the base camp for pilgrims visiting Mata Vaishno Devi Shrine in Reasi district, also recorded a dip in the night temperature which settled at 5.4 degrees Celsius, the official said.

The weatherman has forecast a spell of widespread light to moderate snowfall in most parts of the valley and high altitude areas of the Jammu region for two days from January 6 evening.