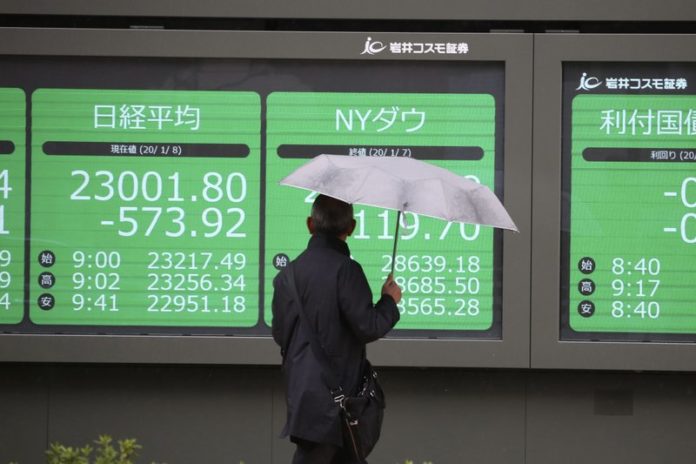 Oil prices rose and global stock markets fell Wednesday after Iran fired missiles at U.S. bases in Iraq in retaliation for the killing of an Iranian general.

Brent crude futures, the benchmark for international oils, spiked more than $3 per barrel in London before retreating.

Stock markets in London and Frankfurt opened lower and Tokyo’s benchmark fell nearly 2% before recovering some of its losses. Hong Kong and Shanghai also retreated.

“Investors appear to be pricing for an all-out war,” said Jingyi Pan of IG in a report.

The Pentagon said Iran fired more than a dozen missiles at bases in Iraq used by U.S. troops. President Donald Trump tweeted “All is well!” and that casualty and damage assessments were ongoing, adding “So far, so good!”