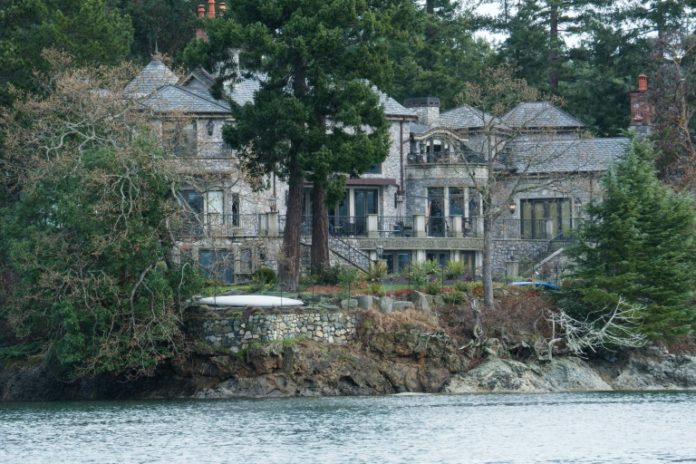 In explaining his decision to give up his work as a senior member of Britain’s royal family, Prince Harry laid part of the blame at the feet of the media, which he called a “powerful force.”

Indeed, in a 2017 BBC documentary, Harry decried the paparazzi who hounded his mother Diana as a “pack of dogs.” He surely hoped that with a move to Canada, the family could tame the tabloid scrum.

But sure enough, journalists from as far away as Australia have arrived on Vancouver Island, and pictures of Harry’s wife Meghan walking the dogs, their son Archie strapped to her, quickly surfaced.

The Duke and Duchess of Sussex have threatened legal action over the pictures, but the photographers are also under fire from locals who say they are not going to tolerate invasions of privacy.

“It is a quiet place here,” said Kathryn Sandberg, a long-time resident of North Saanich, the tiny seaside community where Harry, Meghan and son Archie are living, in the greater Victoria area.

“I think maybe one of the reasons why Meghan and Harry want to come here is because of this quiet, and because there are people who are respectful of privacy,” Sandberg told AFP.

“And we wouldn’t want to see that change.”

“Do you think a guy like you does anything for this community?” one resident says to Shook, who told a reporter: “They don’t get it. (…) They don’t understand.”

Shook said he had been camped out for 11 days in the area.

“It’s a worldwide story,” Shook told Chek News, adding that he felt Meghan had not exactly made it difficult for the snappers.

“If she wanted to, she could have put her head down. But she stood up tall and smiled and made sure that, you know, we were able to get the shot.”

Amelia Brace is the North America correspondent for Australia’s Channel 7. She is normally based in Los Angeles but arrived on Vancouver Island late Monday.

“The royals in Australia are huge. It’s always one of our biggest stories,” Brace told AFP from a vantage point near Harry and Meghan’s temporary home, where she had just filmed her report.

“In the first few days of them starting a new life here, I think it was to be expected that the world would want to see what that looked like,” Brace added.

“And unfortunately, just because they’ve stepped back as royals doesn’t mean they can completely step out of the public eye.”

AFP ran into a camera crew working for a Japanese media outlet. They said there was a lot of interest in the royal couple in Japan, but declined further comment.

Journalists from Britain and the United States are also on the scene. A mob of photographers camped out at the airport in Victoria to capture Harry’s arrival after the crisis talks with his family.

Diana, Harry’s mother, was killed in a high-speed car crash in Paris in 1997 as her vehicle was pursued by paparazzi.

Harry admitted in an interview last year that the sound of cameras was a constant reminder of her and has colored his opinion of the media.

One freelance photojournalist — his gear and binoculars on the seat next to him in his white SUV, parked on the main road near Harry and Meghan’s home — spoke to AFP on condition of anonymity, citing the legal issues at play.

He said the couple had been “tricky” to capture, mentioning their multiple “different cars.”

The man said he was not concerned about the threat of court action, citing Canada’s media laws, which he believes are more liberal than those in place in Britain and elsewhere.

“From what I understand, as long as you are not following them, harassing them, breaking the law… then the press is free to cover it.”

Christian Leblanc, an attorney who specializes in media law at the Fasken law firm in Montreal, told AFP that Canadian courts were less prone to intervene in such cases than those in Europe.

As Harry and Meghan “are well-known people, it will be hard for them, at least at first, to claim any invasion of their privacy” if they are in a public place, Leblanc said.