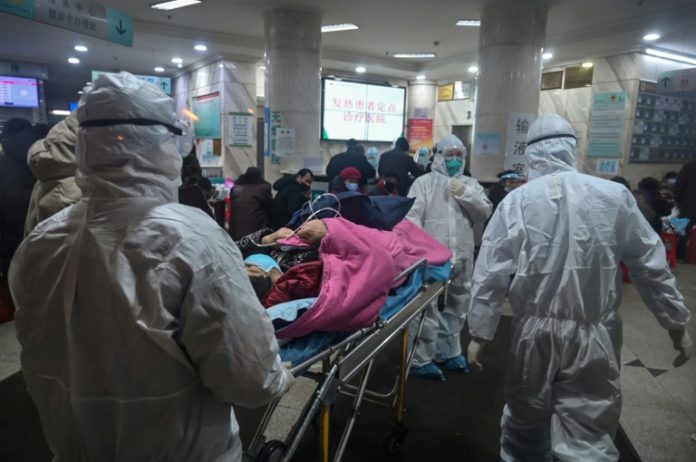 North Korea will impose a one-month quarantine on all foreigners arriving from China in a bid to prevent the spread of a new coronavirus, the Russian Embassy in Pyongyang said on Tuesday.

The North Korea Foreign Ministry’s protocol department provided the notice in a message to the embassy on Tuesday, the Russian mission said in a post on its Facebook page.

North Korea has not publicly reported any cases of the new strain of virus, which has killed at least 106 people in China and infected more than 4,500 as of Tuesday.

Although no fatalities have been reported outside China, the growing outbreak has sparked international alarm because there are still many important unknowns surrounding the virus. It can cause pneumonia, which has been deadly in some cases, but it is still unclear how dangerous the virus is.

Tuesday’s notice identified several hotels in North Korea as potential quarantine locations, depending on where the foreigners enter, the Russian embassy said.

The protocol department said the measures were to protect the staff of international organizations and diplomatic missions in North Korea, as well as prevent an outbreak, according to the embassy.

North Korea is taking “high-intensity” measures to prevent the spread of the virus, including distributing hygiene manuals to medical clinics, increasing production of anti-viral medications, and stepping up quarantine efforts in border regions and at airports and sea ports, the ruling party’s newspaper Rodong Sinmun reported on Tuesday.

The country is also sending health ministry officials to vulnerable regions, and identifying pneumonia patients in local communities to test and isolate them if necessary, the newspaper said.

Last week Pyongyang informed tour companies that it would be indefinitely banning foreign tourists, which are a major source of hard currency for the sanctions-strapped regime.