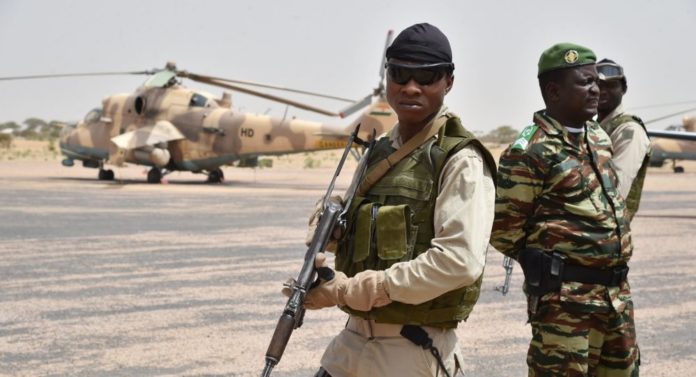 Niger will launch a new military offensive against Islamist terrorista after their latest attack on an army base killed at least 25 soldiers, the defense minister said on Friday.

Thursday’s attack near the Malian border followed a raid by Islamic State insurgents on another military outpost last month that killed 71 soldiers, the deadliest strike against Nigerien forces for years.

Despite the presence of French and American troops, attacks in Niger have risen four-fold over the past year, killing nearly 400 people, according to data from the Armed Conflict Location & Event Data Project, a non-profit research organization.

“The strategy has to change,” Defense Minister Issoufou Katambe told Reuters. “We are not going to stay on the defensive. We will go on the offensive.”

Katambe did not provide details. Niger has struggled to effectively respond to the violence near the western border with Mali, where four U.S. soldiers were killed in an Islamic State ambush in 2017.

It was not clear who was responsible for Thursday’s attack in Chinagodrar, which is about 130 miles (210 km) north of the capital Niamey.

The assailants approached the military post on motorcycles and other vehicles, the government said. Sixty-three assailants were killed in the ensuing firefight, it said.

Security has deteriorated in the past year across West Africa’s Sahel region, a semi-arid swathe of land beneath the Sahara. Jihadist attacks by affiliates of Islamic State and al Qaeda have been compounded by deadly ethnic reprisals between rival farming and herding communities.

“The region has experienced a devastating surge in terrorist attacks against civilian and military targets,” Mohamed Ibn Chambas, the U.N. secretary-general’s representative in West Africa, told the Security Council this week.

The crisis began in 2012 when ethnic Tuareg rebels and loosely aligned jihadists seized northern Mali. France intervened to help beat them back, but the jihadists have regrouped and expanded their operations into neighboring countries.