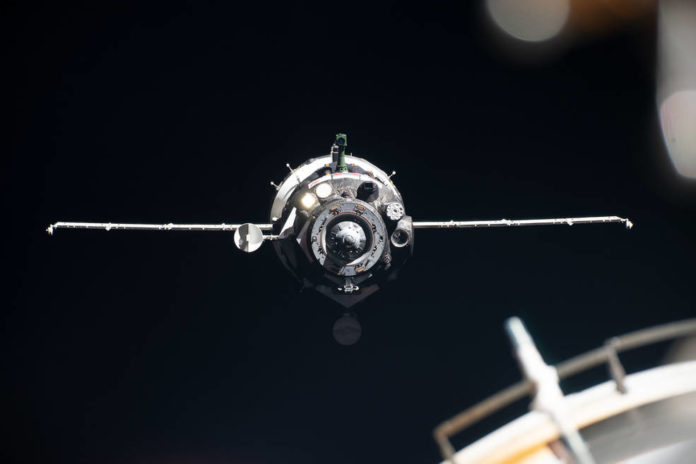 NASA astronaut Christina Koch, who has spent more time in space on a single mission than any other woman, is scheduled to return to Earth on Thursday, Feb. 6, along with two of her International Space Station crewmates.

Koch, along with station Commander Luca Parmitano of ESA (European Space Agency), and Soyuz commander Alexander Skvortsov of the Russian space agency Roscosmos will depart the station Feb. 6 in a Soyuz spacecraft that will make a parachute-assisted landing at 4:14 a.m. EST southeast of Dzhezkazgan, Kazakhstan (3:13 p.m. Kazakhstan time).

Koch, who launched in March 2019 with NASA astronaut Nick Hague and Russian cosmonaut Alexey Ovchinin, is wrapping up a 328-day mission on her first flight into space. Koch’s extended mission will provide researchers the opportunity to observe effects of long-duration spaceflight on a woman as the agency plans to return to the Moon under the Artemis program and prepare for human exploration of Mars.

Koch will have spanned 5,248 orbits of the Earth – a journey of 139 million miles, roughly the equivalent of 291 round trips to the Moon. She conducted six spacewalks during her 11 months on orbit, spending 42 hours and 15 minutes outside the station. She witnessed the arrival of a dozen visiting vehicles and the departure of another dozen. After landing, she will have completed the second longest single spaceflight by a U.S. astronaut after retired astronaut Scott Kelly, placing her seventh on the list of American space travelers with the most time in space.

After preliminary medical evaluations, the crew will return to the recovery staging city in Karaganda, Kazakhstan, aboard Russian helicopters. Koch and Parmitano will board a NASA plane bound for Cologne, Germany, where Parmitano will be greeted by ESA officials before Koch proceeds home to Houston. Skvortsov will board a Gagarin Cosmonaut Training Center aircraft to return to his home in Star City, Russia.

At the time of undocking, Expedition 62 formally begins aboard the station, with NASA astronauts Jessica Meir and Morgan as flight engineers and Oleg Skripochka of Roscosmos as station commander. They will remain on board the orbital outpost until early April, when NASA astronaut Chris Cassidy and Russian cosmonauts Nikolai Tikhonov and Andrei Babkin will launch to the station.

Full NASA TV coverage is as follows (all times Eastern):

8:30 a.m.: Space station change of command ceremony, during which Parmitano will hand over command to crewmate Oleg Skripochka of Roscosmos