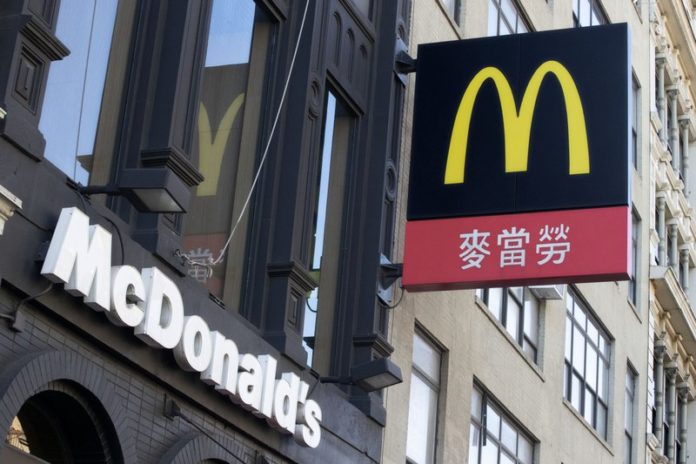 McDonald’s is wrapping up a tumultuous year on a high note after the company’s CEO was ousted in November.

The burger giant surpassed $100 billion in annual sales for the first time, and notched its highest same-store sales in more than a decade, with growth in all of its global regions.

Even as the company transitions to new leadership and puts a rocky year behind it, potential hurdles have already emerged in 2020.

McDonald’s has shuttered restaurants in five Chinese cities as a new virus spreads through the country. Countries began evacuating their citizens Wednesday from the Chinese city hardest-hit by a new virus that has now infected more people in China than were sickened in the country by SARS.

Wall Street analysts will be seeking any insight into the impact of the coronavirus on restaurant operations during a scheduled conference call early Wednesday.

Despite a strong quarter and year, McDonald’s shares fell more than 1% before the opening bell.

Delivery was a big driver of the gains this year. Delivery is now available at 25,000 restaurants worldwide and brought in $4 billion in sales. The company added DoorDash as a U.S. partner in July, ending its exclusive partnership with UberEats. It partnered with GrubHub in September.

McDonald’s fourth quarter net income rose 11% to $1.6 billion, or $2.08 per share. Excluding one-time items like tax benefits, the company earned $1.97 per share. That beat Wall Street’s forecast of $1.96, according to FactSet.

Fourth quarter revenue was up 4% to $5.3 billion, which was in line with estimates.

Same-store sales — or sales at stores open at least 13 months — jumped 5.9% worldwide in the October-December, topping analysts expectations for the Chicago company.

McDonald’s former President and CEO Steve Easterbrook was pushed out in November after violating company policy by having a consensual relationship with an employee. He was replaced by Chris Kempczinski, who most recently led the company’s U.S. operations.