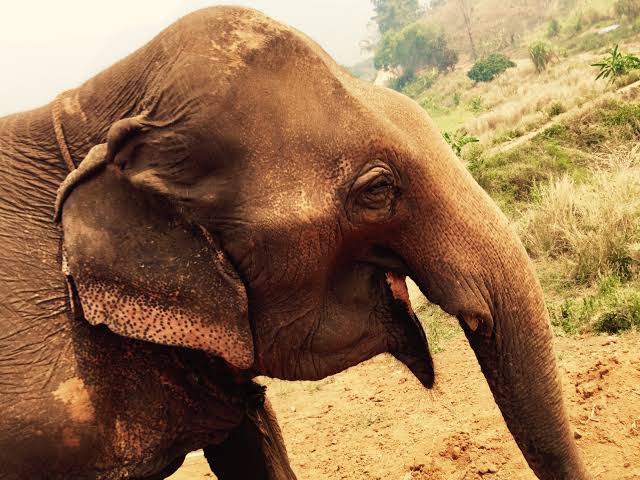 Elephants are the largest land mammal and can be found in both Asia and Africa. African elephants live in areas that are south of the Sahara Desert while Asian elephants are found in India and other countries in Southeast Asia. Elephants are interesting animals because of the way they travel together and care for their young. They’re also interesting to many people living in Asia and Africa because of their size and the way they can contribute to the economy. Learning about elephants can be fun for people of any age, so starting off with the basic facts is the best way to start learning about these huge creatures.

The natural environment of the elephant depends on the type of elephant. African forest elephants typically roam the forests while African savannah elephants roam open African plains. The Asian elephant also lives in forests. Elephants need a large range of land to roam so that they can find enough food and water to survive. They often follow elephant trails to get from one area to another to look for more food. Elephants eat bark, grasses, twigs, and leaves and they drop seeds in their dung, making them act as gardeners as they go about their travels.

The elephant has several adaptations that help it survive in its natural habitat. To stay comfortable in the heat, an elephant can flap its ears and create a cooling effect. The large molars in the elephant’s mouth are used for chewing and grinding very fibrous plant materials. An elephant’s trunk has many uses including picking up food, drinking water, and communicating with other elephants. Elephants also have very low-pitched sounds that allow them to communicate with each other.

Elephants are a very important part of the ecosystems they inhabit. By dropping seeds with their dung, they are helping to create new plant life. Their large bodies can also knock down small trees and other obstacles so that smaller animals can get through to find food. If there is some kind of water drought, elephants will dig to find water deep beneath the ground surface.

Elephants are very family-centered animals. They travel together under the supervision of a female called a matriarch. The matriarch of a herd has knowledge of food and water sources and is responsible for helping her sisters, cousins, and other family members to stay safe and healthy. When it’s time to reproduce, the female elephants mate with bull elephants after a period of courtship. The female stays pregnant for 22 months while her baby elephant grows and develops inside of her. During labor, the pregnant elephant is given help by another female elephant. Once a baby elephant is born, it may drink its mother’s milk for up to four years and will be cared for by everyone in its herd.

Elephants have had a number of key places in society. Asian elephants have been used as work animals for many years and often haul heavy loads from one place to another. They have been also used as a method of transportation in Asian and African countries. Some elephants are taken out of Asia and Africa to travel with the circus and provide entertainment. Still others are used for their tusks so that ivory products can be made. Other members of society have revered elephants and worked to protect them from harm.

The Different Types of Chrysanthemums