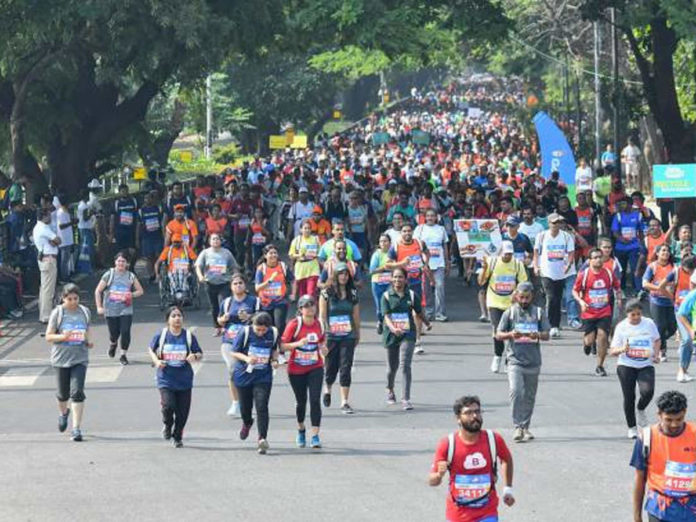 (PTI) In a first in the country, Maharashtra Police would be organizing an international marathon in Mumbai on February 9.

Around 15,000 runners are expected to take part in the marathon, officials said.

A state police force is organising an international marathon for the first time, they claimed.

The marathon would act as a bridge between people and the police and increase communication between them, Jaiswal said.

The marathon will start from the iconic Gateway of India in south Mumbai and pass through the Bandra-Worli Sea Link, another city landmark, said Krishna Prakash, Inspector General of Police.

The theme would be “Health Run”.

Besides the regular 42 km marathon, there would be 21 km half marathon and 10 km and 5 km runs too.

At least 5,000 police personnel are also expected to take part in the event.

In the run-up to the marathon, a bicycle ride would be organised on February 2, Krishna Prakash said.

Also, the police in every district would organise `Mahila Daud’ (women’s run) to promote women empowerment and safety on January 31, he added.