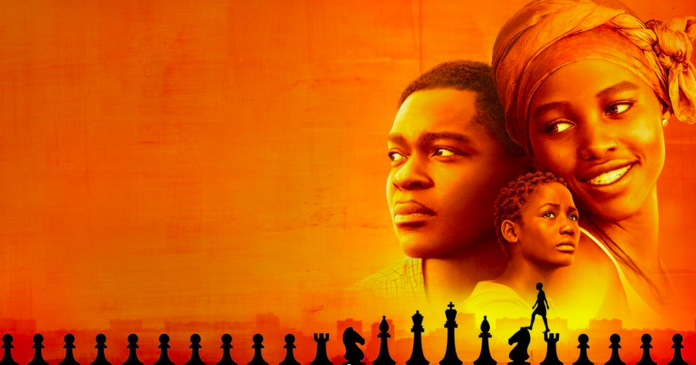 In the slums of Kampala, Uganda, Phiona Mutesi slept in a crumbling shack with her mother and three siblings barely able to find a single meal each day. With little food and no education, Phiona was destined for a life of poverty. However, Phiona wasn’t like other girls – she was born with pluck and determination that set her apart. One day while searching for food, 9 year old Phiona met Robert Katende, a war refugee turned missionary. Katende had an improbable dream: to empower slum kids through Chess, a game for which there was no word in their language.

Apart from the movie being a great watch and truly inspirational, I thought to myself that it surely has got a lot of life lessons for everyone. I have tried to summarize some of the key learnings:

Dream Big – Phiona didn’t want to be just another Chess Player from the slums of Uganda, she wanted to be a Grand Master. She wanted to find happiness for her family through Chess. It is important for Leaders/Organizations to have a larger vision, communicate the same & make everyone rally around the same.

In Chess, Small can become Big! – Though all the kids Katende taught lived in poverty, Phiona seemed to be even more deeply entrenched. Initially, the other children teased her, refused to play with her and communicated to her that she is unwanted. However, Phiona was a fighter and did not get discouraged easily. Chess offered her hope in an environment where women were being marginalized & couldn’t do anything. With her dedication and Katende’s guidance, Phiona rose to become the champion of the kids club. Her story is a reminder for all that where one begins is not where one has to end. Life’s direction is also about choice and determination.

Do not tip off your King so easily! – In the beginning, Phiona found it very difficult to win against better players & wanted to give up. But, she believed in herself, and told herself that she can do it. She kept practicing till she mastered and aced it. This is what made her win the First Juniors National Championship title in the country. In life, giving up is easy. To succeed, it is imperative for one to keep trying. Getting to your goals is hard work.

New Challenges, New Mountains to Climb! – After winning the Juniors National Championship, Phiona set herself a task to win an Olympiad and be a Grand Master. To advance ahead in life for individuals/organizations, it is important to keep the ball rolling. Standing still is seldom the preferred option. Which is why leaders learn to constantly, set new goals and seek fresh challenges.

Reset the pieces and play again is important after a Loss! – Phiona led the Ugandan team at the Chess Olympiad in Russia, confident that she will succeed in becoming a Grand Master, thus securing the necessary finances to lift her family from poverty. However, the competition proved too tough, and she yielded to her Canadian opponent. The common streak running through the lives of successful people/organizations is not that they have hit Gold in everything they have done in life, but it is the ability to stand up after every fall and try again. No matter how hard you fall, always remember to pick yourself up and get back on your feet. Losing only taught Phiona to play better – she lost the Olympiad once, but won 4 times later.

Ability to see 8 moves ahead is the Quality of a Grand Master! – Phiona who started learning chess from Coach Katende as an incentive to have a free meal in the day started winning easily against him with a lot of practice and her determination to succeed. It was her ability to see 8 moves ahead in an analytical position on the board which took her to the fore. Similarly, Chess is a metaphor for life. A goal without a plan is just a wish. As you go chasing your goals, your dreams and your ambitions, it’s important to put a plan in place. And, it’s the knack of building the skill to see a few moves ahead, which helps you succeed in life.

Sometimes the place you are used to is not the place where you belong! – Phiona’s mother was always skeptical about her playing Chess, although, she just didn’t want to disappoint her. However, Phiona always battled the idea of what she “deserves” and what she witnesses changing her life.  Through her journey in Chess, she ultimately succeeded to the extent that she could purchase a home for her family. Sometimes, we feel obligated to live with what life has handed us. We can even, mistakenly, feel unworthy for more. It is the one who believes to have a say in his/her life is the one who truly has. Queen of Katwe certainly teaches all of us that one can achieve way more than one is conditioned to believe that one can. You certainly belong, where you believe you belong.

Queen of Katwe is not just about Chess. In fact, you don’t even need to know the game to fall in love with the movie from the moment the opening credits roll. The film is about a driving purpose and determination. The film is about growth, acceptance and victory. The film is about becoming a Champion in Life! Who doesn’t want to do that?