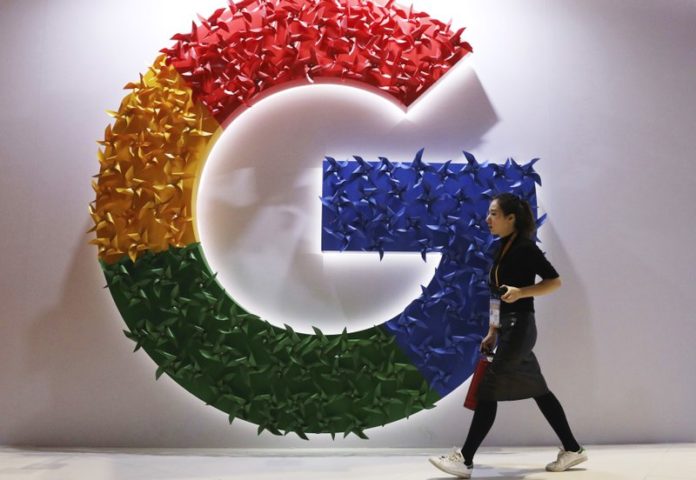 If you can make smartphone apps, Chinese tech giant Huawei wants you.

The No. 2 global smartphone brand is struggling to hold onto its market after Washington accused Huawei of being a security risk and blocked access to U.S. components and technology.

That includes YouTube and other popular Google “core apps” customers expect on new phones. They will be missing from the global rollout of Huawei’s next model, the P40, due out in March, replaced by its own music, payment and other apps.

Huawei Technologies Ltd., along with every other smartphone brand except Apple Inc., relies on Google’s Android operating system. So it’s scouring the world for replacements. At events for developers from New Delhi to Warsaw to Sao Paulo, Huawei is promising cash rewards if they meet a deadline Friday to get apps onto its online store.

The company says it will invest $1.5 billion in app development. It faces an expensive, uphill struggle to create alternatives to the Google-centered world of music, navigation and other apps, according to industry experts. Others including Nokia and Microsoft have tried and failed to create their own mobile ecosystems.

The Trump administration also is pressing European and other allies to exclude Huawei switching gear from next-generation telecom networks.

The conflict has fed fears technology industries might split into Chinese, U.S. and other spheres with incompatible products.

Huawei’s founder, Ren Zhengfei, has said it wants to stay in a unified global industry and work with Google and other U.S. partners.

The Android system is open-source, meaning phone brands use it for free but most also pay Google for “core apps” and the software to support them.

Huawei can keep using Android but is blocked from buying those “core apps” for pre-installation. That threatens to cripple Huawei’s ability to compete with market leader Samsung and other Android-based phones.

Consumers expect “well-known apps that their peers are using,” such as Google Maps, said Thomas Husson, a principal analyst for Forrester, in an email. “It would require massive investment to convince developers to develop for a new eco-system and a lot of marketing efforts.”

But Huawei competes on a level playing field in China with competitors that face the same restrictions. In other foreign markets the others have the popular Google package.

For the P40, Huawei has signed an agreement for developers to use maps from a Dutch provider, TomTom. Details of other services have yet to be announced.

In response to questions, Huawei said executives would talk to reporters next month at the Mobile World Congress, the industry’s biggest annual event. The chief executive of Huawei’s consumer unit, Richard Yu, told reporters in December the P40 would be launched in Paris in late March, using Android instead of Huawei’s HarmonyOS operating system, which it unveiled last year.

HarmonyOS is based on code developed for other Huawei devices and could replace Android if needed. But the company wants to keep working with Google, which has spent more than a decade improving Android with input from Huawei and other companies.

Replacing Google apps is “a massive undertaking for any company,” said Dermot Daly, chief executive of Tapadoo, an Irish app developer that isn’t working for Huawei.

Huawei Mobile Services offers some 45,000 apps. But that is barely 1.5% of the 3 million titles on Google Play Store, where most Android users get apps.

Huawei needs to replace Google code that supports video and other features, said Daly. Then it needs to persuade developers to adapt apps to run on Huawei’s new code.

“They’re not building from scratch, but they face a big technical hurdle,” said Daly. “Becoming a world-class software maker is a massive challenge.”

Nokia Corp. took a similar approach with its first smartphone a decade ago but failed to attract enough apps for its system, said Daly. He said Microsoft Corp. tried again after acquiring Nokia’s mobile phone unit in 2013 but faced similar lack of developer interest.

Such difficulties highlight the dominance of U.S. app providers and the very gradual emergence of global alternatives.

For music, Sweden’s Spotify or France’s Deezer may come preloaded on phones, depending on deals with local phone carriers, said Forrester’s Husson. Other options include China’s TikTok for video, Russia’s Yandex for search and email or OsmAnd and MapQuest for navigation, though none is as highly developed as Google or Apple services.

The search goes on: At an event in New Delhi, Huawei promised $20,000 per app for development costs, according to the newspaper Economic Times.

In London, the website Telecom.com said developers were promised a 20,000 pound ($26,000) reward if they meet a Jan. 31 deadline. A video released by Huawei said the company has set aside $10 million to subsidize app writers in Poland.

Huawei says its 2019 sales rose 18% to $122 billion. But it warned the smartphone business, which shipped 240 million handsets last year in 170 countries, could suffer.

The Trump administration has postponed full enforcement of sanctions after U.S. processor chip makers and other vendors warned they would lose billions of dollars in sales. But Ren, the company founder, has said Huawei expects them to go ahead.

Huawei has one of the world’s biggest research-and-development budgets and ramped up spending on developing its own chips and other technology long before running afoul of Washington.

It spent more than $15 billion last year — more than Apple or Microsoft — and a total of 485 billion yuan ($65 billion) over the decade before that. Industry analysts say the company is increasingly self-sufficient in chips and other components.

Huawei has yet to confirm details of the P40, but news reports suggest it will run on the company’s Kirin 990 chip instead of one from Qualcomm or Intel. That reduces risks of supply disruptions.

“We will become more open and work with our partners around the world to develop secure, sustainable and thriving eco-systems,” said Guo, its chairman.

At the same time, Huawei is trying to persuade Canada to release its chief financial officer. She is being held in Vancouver on U.S. charges related to possible violation of trade sanctions on Iran.

Ren, who founded Huawei in 1987, expresses confidence it can withstand U.S. pressure.

“The United States might further escalate their campaign against Huawei, but I feel the impact on Huawei’s business won’t be very significant,” Ren said during an appearance at the World Economic Forum in Switzerland. “I think we are more confident that we can survive further attacks.”