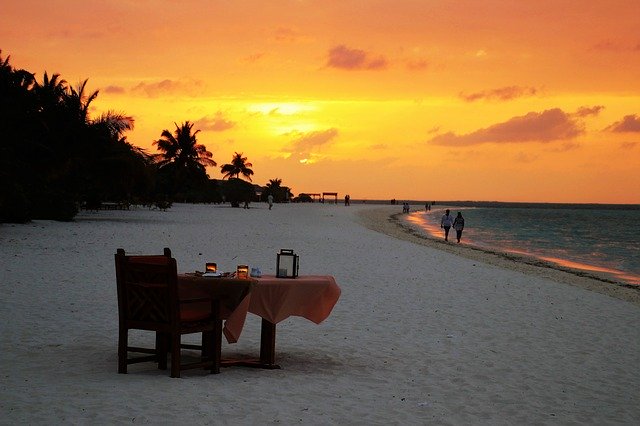 The history of the Maldives is intertwined with the history of the broader Indian subcontinent and the surrounding regions, comprising the areas of South Asia and Indian Ocean; and the modern nation consisting of 28 natural atolls, comprising 1194 islands. Historically, the Maldives had a strategic importance because of its location on the major marine routes of the Indian Ocean. The Maldives’ nearest neighbours are Sri Lanka and India, both of which have had cultural and economic ties with Maldives for centuries. The Maldives provided the main source of cowrie shells, then used as a currency throughout Asia and parts of the East African coast. Most probably Maldives were influenced by Chola Dynasty and Kalinga of Ancient India who were earliest sea traders to Sri Lanka and Maldives from India and were responsible for the spread of Hinduism and Buddhism. Hence ancient Hindu culture has an indelible impact on Maldives’ local culture.

After the 16th century, when colonial powers took over much of the trade in the Indian Ocean, first the Portuguese, then the Dutch, and the French occasionally meddled in local politics. However, this interference ended when the Maldives became a British Protectorate in the 19th century and the Maldivian monarchs were granted a good measure of self-governance. The Maldives gained total independence from the British on 26 July 1965.

However, the British continued to maintain an air base on the island of Gan in the southernmost atoll until 1976. The British departure in 1976 at the height of the Cold War almost immediately triggered foreign speculation about the future of the air base. Apparently the Soviet Union made a move to request the use of the base, but the Maldives refused. The greatest challenge facing the republic in the early 1990s was the need for rapid economic development and modernisation, given the country’s limited resource base in fishing, agriculture and tourism. Concern was also evident over a projected long-term sea level rise, which would prove disastrous to the low-lying coral islands.

Comparative studies of Maldivian oral, linguistic and cultural traditions and customs indicate that one of the earliest settlers were descendants of Tamils from ancient Tamilakam in the Sangam period (300 BC–AD 300), most probably fishermen from the southwest coasts of present India and the northwestern shores of Sri Lanka. One such community are the Giraavaru people. They are mentioned in ancient legends and local folklore about the establishment of the capital and kingly rule in Malé. Depictions of these early societies see, according to some, a matriarchal society with each atoll ruled by a chief queen according to some accounts or by others, several theocratic societies ruled by priests known as Sawamias of Hinduism. Several foreign travellers, mainly Arabs, had written about a kingdom of the Maldives ruled over by a queen. al-Idrisi, referring to earlier writers, mentions the name of one of the queens, Damahaar, who was a member of the Aadeetta (Sun) dynasty.

A strong underlying layer of Hindu population and culture survives in Maldivian society, with a clear Tamil-Malayalam substratum in the language, which also appears in place names, kinship terms, poetry, dance, and religious beliefs.

Malabari seafaring culture led to Malayali settling of the Laccadives, and the Maldives were evidently viewed as an extension of that archipelago. Some argue (from the presence of Jat, Gujjar Titles and Gotra names) that Sindhis also accounted for an early layer of migration. Seafaring from Debal began during the Indus valley civilisation.

The Jatakas and Puranas show abundant evidence of this maritime trade; the use of similar traditional boat building techniques in Northwestern South Asia and the Maldives, and the presence of silver punch mark coins from both regions, gives additional weight to this. There are minor signs of Southeast Asian settlers, probably some adrift from the main group of Austronesian reed boat migrants that settled Madagascar.

The earliest written history of the Maldives is marked by the arrival of Hindu- Buddhist Sinhalese people, who were descended from the exiled Magadha Prince Vijaya from the ancient city known as Sinhapura in North East India. He and his party of several hundred landed in Sri Lanka, and some in the Maldives circa 543 to 483 BC.

According to the Mahavansa, one of the ships that sailed with Prince Vijaya, who went to Sri Lanka around 500 BC, went adrift and arrived at an island called Mahiladvipika, which is being identified with the Maldives. It is also said that at that time, the people from Mahiladvipika used to travel to Sri Lanka. Their settlement in Sri Lanka and the Maldives marks a significant change in demographics and the development of the Indo language Dhivehi, which is most similar in grammar, phonology, and structure to Sinhala, and especially to the more ancient Elu Prakrit, which has less Pali.

Alternatively, it is believed that Vijaya and his clan came from western India – a claim supported by linguistic and cultural features, and specific descriptions in the epics themselves, e.g. that Vijaya visited Bharukaccha (Bharuch in Gujarat) in his ship on the voyage down south.