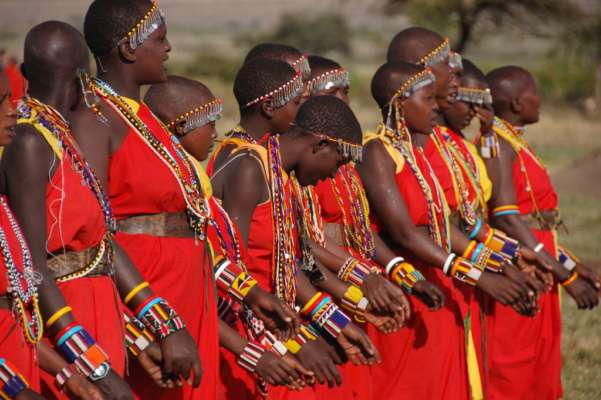 A study of the history of ear gauging indicates the practice to be as old as recorded human history. For males, this form of ear piercing has been a symbol of status, while for women, in addition to being used as means of bodily decoration, it has also been employed to signify the attainment of womanhood.

Ear gauging, which is also referred to as ear stretching, is the stretching of ear lobe piercings to larger diameters than that of the original piercing. It is a form of body enhancement or beautification that many young western people adopt to look ‘different’ from the usual crowd. However, this is not a modern form of body piercing, since it has been around for as long as archaeological records exist.

In many cases, ear gauging has been used historically to indicate the standing of members of a specific tribe, and in many respects this is still the situation today. Stretched piercings have been, and still are, a reflection on the individual’s sexual capability and also their superiority over other males in the tribe. The larger the stretching, the more important the individual.

Otzi the Iceman is a prime example of mummies known to have stretched ears. This is the earliest known example of ear gauging, Otzi having 7-11 mm ear piercings during 3300 BC. It has been suggested that the stretching of the ears noted in depictions of Siddhartha Gautama, better known as Buddha, may have been caused by the weight of the gold jewelry he wore, but this is mere supposition.

It is supported, however, by the fact that the Masai tribe of Kenya and the Lahu and Karen-Paduang people of Thailand use this ‘gravity’ technique to stretch their piercings. Let us have a look at the ear gauging practices used today by various cultures.

The Mursi is an Ethiopian tribe where the women are obliged to wear plates in their gauged ears and on their bottom lip. About a year prior to her marriage, or at about 15 years of age, a Mursi girl’s lip will be pierced by her mother and a wooden peg pushed through the incision.

These lip and ear plates need not be worn permanently, but are an expected adornment during special occasions such as during weddings and other celebrations, and when they serve food to men. Today, young women can generally make their own decision as to whether or not they follow this tradition.

B. The Masai People of Kenya

The practice of ear gauging has been common among Masai men and women for thousands of years. In recent years, however, most young men have not been following this custom, although you will still find many Masai women wearing ear decorations made from stones, cross-cut elephant tusks, wood and animal bones.

The original piercing is carried out using a thorn, sharpened twig or a sharp knife point. Once healed, ear gauging is then carried out by wearing increasingly heavy jewellery that pulls the lobe down and stretches the piercing. This is the traditional way of gauging ears in the more primitive cultures, although many Masai today will use proper ear gauging techniques, such as their own versions of insertion tapers or taper spikes. Beads are a common form of ornamentation, although plugs made from bone, tusks and wood are also used.

Fulani women from Nigeria and Central Africa tend to use smaller diameter ear gauges, and decorate them using large gold domes or hoops carrying earrings. A Fulani child will have her ears pierced at around 3 years old, although they may not be stretched until she is older. The gauges used by Fulani women are relatively small compared to the Masai and Mursi, although the jewellery can be larger.

Of the various hill tribes, the only two known to practice ear gauging are the Lahu from Thailand, and the Karen-Padaung (Longnecks) from Myanmar (Burma) and also the Phrae province in Thailand. That latter tribe are best known for their neck rings, offering the appearance of long necks, but both cultures believe the ear to be sacred and the more jewellery they can wear on the better. By gauging their ears, they are able to wear the maximum amount of jewellery they believe possible.

In Mayan and Aztec society, ear gauging was regarded as desirable for males. There are many Mayan representations of men with flares and ear plugs (ear spools) in gauged ears, and the material used was indicative of the social standing of the wearer. Jade ear plugs were worn by the higher classes, while the rest would use bone, stone, wood and other materials. In central Mexico, the craftsmanship of the Aztecs is evident in the ear gauging plugs and ornaments of gold and silver, though the lower classes would adorn their stretches earlobes with shells, copper and wood among many other imaginative materials.

Ear gauging has been carried out worldwide, and among other notable areas involved in this practice are Japan, where the Ainu used ear jewellery made from shells, bone and a ball and ring known as Ninkari. There are many other cultures worldwide where ear gauging was a part of their life, and even today many people regard ear stretching as a fashion statement and a way of expressing their own personality and individuality.

The Origin of Dussehra and Vijayadashami Celebrations

History of a Diaper