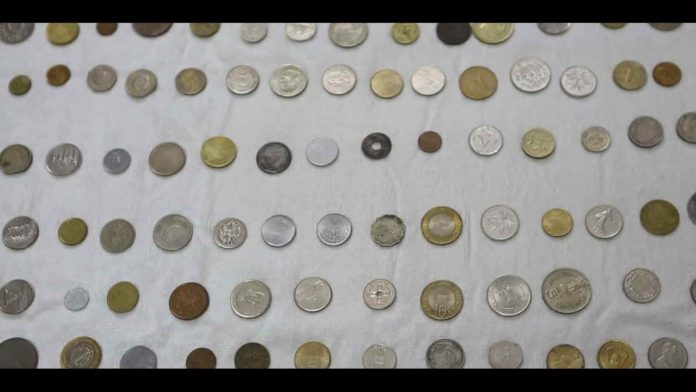 For about a thousand years, people of stature have been collecting gold and silver coins. This practice (Numismatics) used to be limited to those in charge or the extremely wealthy. Nowadays, most of us know that coins can increase in value over time. Actual Numismatists, however, are still low in number. Most of us do not know the value increase factor(s). We depend on Numismatists to tell us what a coin is worth. We do not know the details of how a coin with a currency value of one dollar ends up selling for over $3 million?

As for why we collect in the first place, humans love tokens. Everyone collects something. The pictures we take of our family, the arts and crafts we value and collect, trophies to remind us of our victories, clothing articles we cannot part with are all items we keep as reminders of another time. In many instances when a person’s home was lost, they mourned the irreplaceable family pictures and other items worth far more, to them, than the monetary value of the house itself. We treasure these tokens until they deteriorate with the passing years and are deemed worthless. Precious art and memories have been preserved in marble, bronze, silver and gold. Witness the memorials and museums which represent entire civilizations, thriving long before we were born.

Shiny, sparkling, aesthetic gold and silver is desirable in any form though silver is the more practical metal of the two. Most people believe that age and the metal content is the determining factor in a coin’s value. If their estimation of these two factors is correct, then the oldest gold and/or silver coin would be the most valuable. With some research, one can determine if that is a correct assessment.

First we will find the value of the Lydian Lion trite. It has been called the “first coin” as it appears to predate Greek coinage. Minted from a gold and silver combination called electrum or “white gold,” its obverse is a lion’s head and the reverse varies. This Kingdom of Lydia “coinage” (650BC to 561BC) auctions in present day from around $350 to $2,500. Its worth during its time is argued at anywhere from one to eleven sheep. If its worth was indeed eleven sheep during its time, its value has not increased much beyond inflation since eleven sheep would cost you from $550 to $1,100 today.

Possibly a reason for the unimpressive value of the Lydian trite is due to the fact that it is not officially a coin. According to Webster, Second Edition, a coin is: “A piece of metal (or, rarely, of some other material) certified by a mark or marks upon it to be of a definite exchange value and issued by governmental authority to be used as money.” The Lydian “coin” lacks any evidence of being issued by a governmental authority. Additionally, it was rarely found outside of its own kingdom, thereby leaving us with insufficient proof that it was used as currency. The reverse marks on a Lydian trite vary in design. Some may have been made simply to hold the metal in place while the lion’s head was being pressed. The significance of the symbols on the trite were lost over time.

Assuming this lack of proof is the problem, we will check the Greek coins and others throughout Asia Minor and China as the next oldest. These coins date around the same period of 5th Century BC. We find that despite their metal content, extreme age and the fact that they are tokens of an ancient civilization, these coins are not at the top of an auctioneer’s price list. One may dream of finding a treasure chest full of ancient coins or even doubloons but your fortune may not be realized.

Greek, Chinese and Asian coins (the earliest validated coins) are being sold as entire collections for only a few thousand dollars. A Spanish doubloon in excellent shape might be sold for $4,000. Absence, apparently, only makes the heart grow fonder until the absence has lasted beyond the point where it matters. The more distant the history does not equate to rarity or personal appeal on the auction floor. In fact, the more ancient coins available, the lower the price may go. The fact is, Numismatists are not archaeologists.

Then what of the coins that you may have heard sold for over a million dollars? Is it true? Checking the Heritage Auction Galleries, we find a “Hall of Fame” and two coins that sold for $3.7 million – the Class I 1804 American silver dollar and the 1913 Five Cent Liberty. Why would recent history have so much more value to a Numismatist than ANCIENT history? The answer relates to law in marketing that is as evident as the law of gravity — supply and demand. Our hypothesis now could be that the value of the coin is established by its rarity and appeal to the affinities of the coin collector.

Sure enough, we find evidence of this in the presentation below the coin. Written there is an entire history of the coin including its past owners, how much each paid for it, the fact that there are only eight known to be in existence, two of which are in institutions. The grading has been done by a respectable Numismatics firm. There is an extremely low supply with only six Numismatists owning this coin. In fact, having this coin in your collection practically immortalizes you as a Numismatist.

Checking into other coins that fetched a high price, our hypothesis is proven out. A coin’s rarity, history, sentimental appeal and numismatic prestige have a lot to do with the price. The 1913 Five Cent Liberty has a similar documentation and sold at $3.7 million. Of course, there are always exceptions to the rule and other factors to consider. The coins “luster,” its content of pure gold or silver, its graded condition as well as its history and significance all take part in the asking price.

In this article, however, the intention was merely to clarify that the value of coins is not based on its age; and, if you are selling coins on auction sites, it would behoove you to certify as much information as you can about your coin and display it.