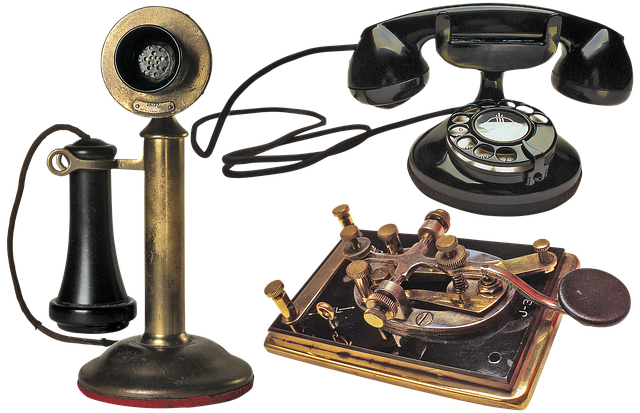 Like music, some people seem to have a natural talent to learn the Morse code effortlessly. During World War II it was common practice to gather a few hundred military recruits into a hall, introduce them to the World of “dahs and dits,” and wash out the majority within two weeks. Those remaining “geniuses” became the wireless Aces of the War.

For most students, gaining control over the flow and rhythm of the sounds proved to be an arduous and fearsome task. Code practice machines used at this time consisted of paper rolls about an inch wide that ran past a light source. The rolls were perforated to create, from the electric eye, an almost perfectly sounded string of Morse code letters, numbers and messages. The student was systematically introduced to the character sound, as the instructor called out the letter’s name. Soon another string of dots and dashes was added and another until a dizzying array of dahs and dits swam in the student’s head. Since the practice sessions often lasted several hours or more, errors were practiced over and over and then when the paralyzing test was given, anxiety ran high with frustration and failure common.

Over the years, most students try to learn Morse code in just this same manner. It is no wonder that when the FCC decided to eliminate the code testing for amateur radio licenses that a great sigh of relief came from many long frustrated “would-be” hams.

However, another method appears to have gained many adherents. In the English speaking countries and in other language parts of the world, Morse code is being taught using a mnemonic system that mimics the sound of the code in the language of the learner. The dahs and dits can be heard as simple words and phrases instead. With this method and only forty characters to learn, a high percentage of students succeed at mastery.

It appears that the brain is capable of learning language quite readily when meaning is attached to sounds. Without meaning in the sounds themselves, the brain has no handles to make an attachment, causing the symbols to become hopelessly mixed. A mnemonic device is defined as: “any learning technique that aids memory. Commonly, mnemonics are verbal (such as a very short poem or a special word used to help a person remember something) but may be visual, kinesthetic or auditory. (Wikipedia.com) Mnemonics rely on associations between easy-to-remember constructs which can be related back to the data that is to be remembered. This is based on the principle that the typical human mind much more easily remembers spatial, personal, surprising, sexual, humorous or otherwise meaningful information than seemingly arbitrary sequences.” The seemingly random string of dahs and dits of the letter take on meaning from the associated mnemonic. Thus the letter “D” might be more readily remembered as “Dog did it” instead of “Dah di di.” Attach a picture of a hapless canine and “presto” the symbol is forever remembered.

Persons learning the Morse code this way find that they can master the code in a matter of days instead of months and that there really can be a lot of pleasure in acquiring and using this universal foreign language skill.