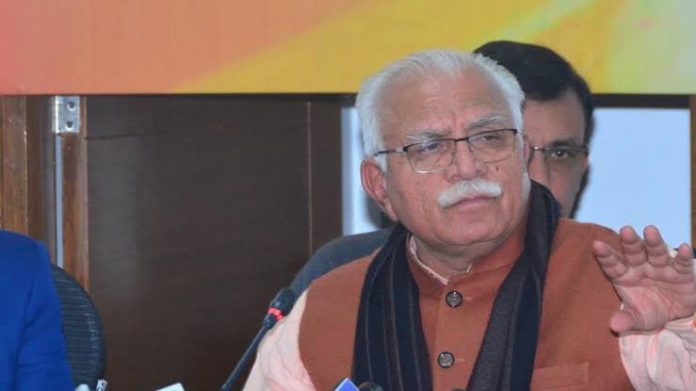 (PTI) The tug-of-war with Chief Minister Manohar Lal Khattar for days over the control of the CID in Haryana on Wednesday night took an unexpected turn, with Home Minister Anil Vij being divested of the charge of the crucial department, which will now be handled by the CM.

“Governor of Haryana, on the advice of the chief minister, has allocated some new portfolios to the chief minister and to two ministers. As per a notification issued by the Chief Secretary, the portfolios of the Criminal Investigation Department, and the departments of Personnel and Training and of Raj Bhawan Affairs have been allocated to the Chief Minister, Manohar Lal, in addition to his existing portfolios, with immediate effect,” the statement said.

Vij earlier in the day said there were no differences between them and the CM was his “best friend”. Vij, who had earlier expressed unhappiness over not being briefed or given feedback on various issues by the CID, appeared satisfied and said, “Today was the first time that an SP-rank officer briefed me. Now he will be briefing me daily.”

His comments came after the Bharatiya Janata Party said the differences between Khattar and Vij over CID’s control have been resolved.

“The issue has been resolved. The chief minister is the head of the government and he can keep whatever (departments) he wants to have,” BJP general secretary Anil Jain told PTI.