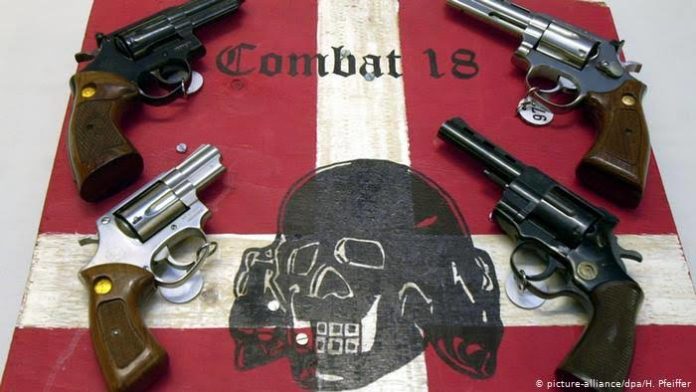 The group Combat 18 was founded in Britain in the early 1990s as a militant wing of the British National Party. It has since spawned chapters in several European countries. The number 18 stands for the first and eighth letters of the alphabet, AH, which are the initials of Nazi leader Adolf Hitler.