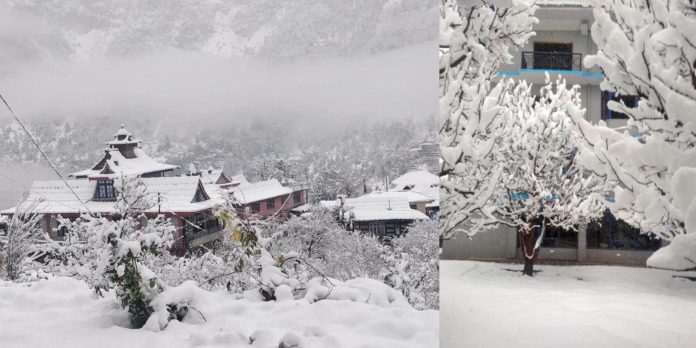 (PTI) Most of the higher reaches of Himachal Pradesh, including Shimla, Manali and Kufri, received fresh snowfall, the meteorological department said on Tuesday.

The snowfall bought much cheer for tourists but around 100 roads have been blocked in the entire state due to the snow.

Men and machines of the public works department are on the job to clear the roads.

This was the second snowfall of 2020 in Shimla and the third of the season.

Most of the other parts of the state received light to moderate rain.

The coldest place in the state was Keylong which settled at minus 7 degrees Celsius.

The minimum temperature in Kalpa was minus 3.4 degrees Celsius.