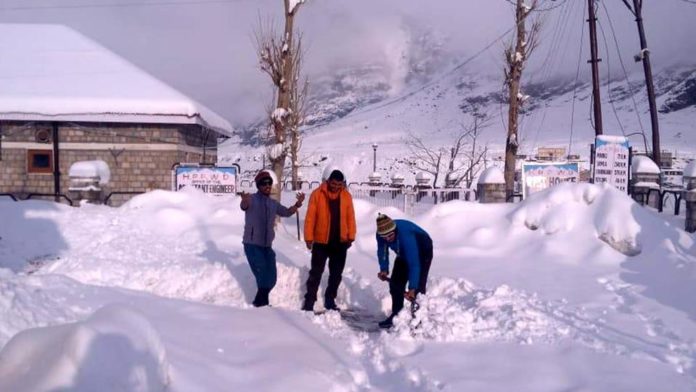 Even as the snowfall brought much cheer among tourists, nearly 100 roads were blocked in the entire state. The coldest place in the state was Keylong at minus 7 degrees Celsius.

The Public Works Department was making all efforts to clear the roads, officials said.

This was the second snowfall of 2020 in Shimla and the third of the season.

Most of the other parts of the state received light to moderate rain. Shimla, Manali, Dalhousie, Kufri, Keylong, and Kalpa witnessed sub-zero temperatures.