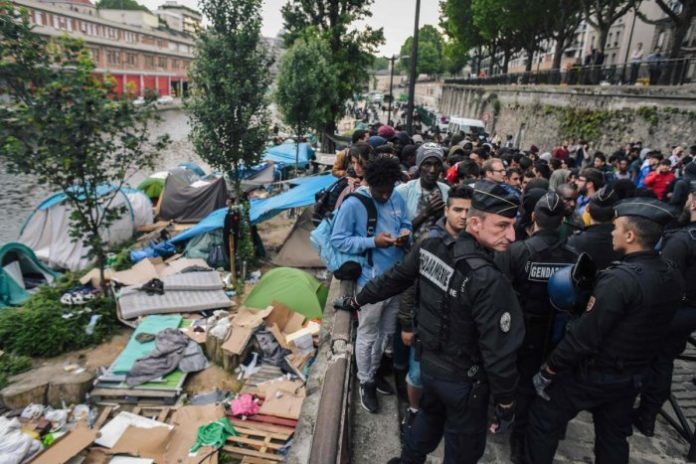 French police said they had started to move migrants out again from an illegal camp site in north Paris on Tuesday, as the government faces continued pressure to show it is taking a tough stance on illegal immigration.

Police said in a statement they had started to move migrants from a makeshift camp site in northern Paris’ Porte d’Aubervilliers.

Since the closure of a huge migrant camp in Calais in 2016, many refugees have moved to Paris. Authorities have repeatedly dismantled illegal campsites only to see them pop up again in different areas a few months later.