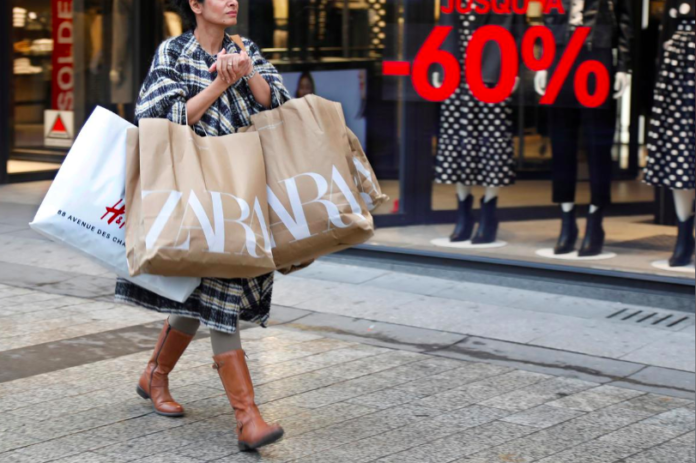 French consumer confidence rose unexpectedly in January despite major strikes against pension reform grabbing headlines and causing transport chaos through much of the month, a monthly survey showed on Wednesday.

The INSEE official statistics agency said its monthly consumer confidence index rose to 104 from 102 in December, when it hit the lowest level since July as massive transport strikes erupted.

Economists polled by Reuters had on average forecast that the index would hold steady at 102, and none had expected a reading higher than 103.

Strikes against the biggest overhaul of the pension system since World War II shut down much of the French public transport for weeks in December and January.

Retailers dependent on commuter traffic in Paris saw sharp drop-offs in business through the crunch holiday spending period and only little improvement after a weak start to winter sales this month.

Nevertheless, INSEE’s survey found that households were less pessimistic about their future finances and were more likely to consider that times were opportune to save more.

The Labour Ministry reported on Monday that the number of people registered as out of work fell in the fourth quarter to its lowest level since late 2013.

The improvement offers President Emmanuel Macron’s government some relief as it struggles to overcome resistance to its unpopular pension reform.