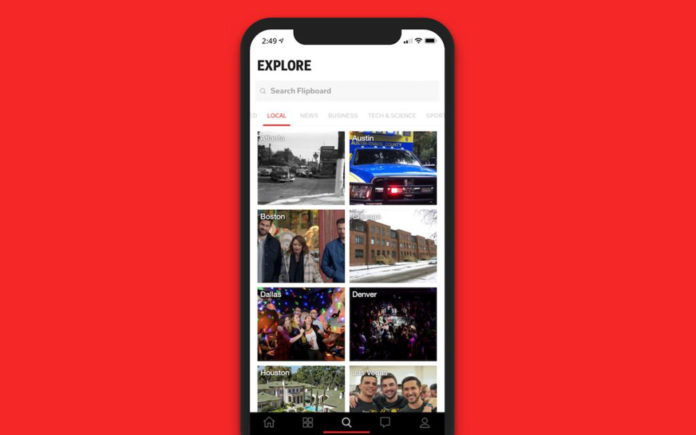 (IANS) News aggregator Flipboard is launching a new feature — “Local” aimed at bringing local news coverage to 23 cities across the US and Canada, including New York, Los Angeles, San Francisco, Seattle, D.C., Boston, Dallas, Chicago, and many others.

Each newsfeed pulls stories from local newspapers, TV and radio stations, college news sites and blogs, as well as articles from larger, nation-wide publications like Eater and Curbed that have sections devoted to specific cities.

These articles cover a variety of topics, including sports, dining, weather and real estate. Even if you don’t live in one of the cities covered by today’s launch, you can still subscribe to its section to get news about that place, Engadget reported on Wednesday.

The news aggregator initially tested the local news product with Toronto and found it resulted in an almost 10 percent lift in engagement from those who ended up adding Toronto”s local news to their Flipboard interests versus those who didn’t.

For the local news initiative, Flipboard will also now recommend stories to local audiences, based on their IP address, according to TechCrunch.