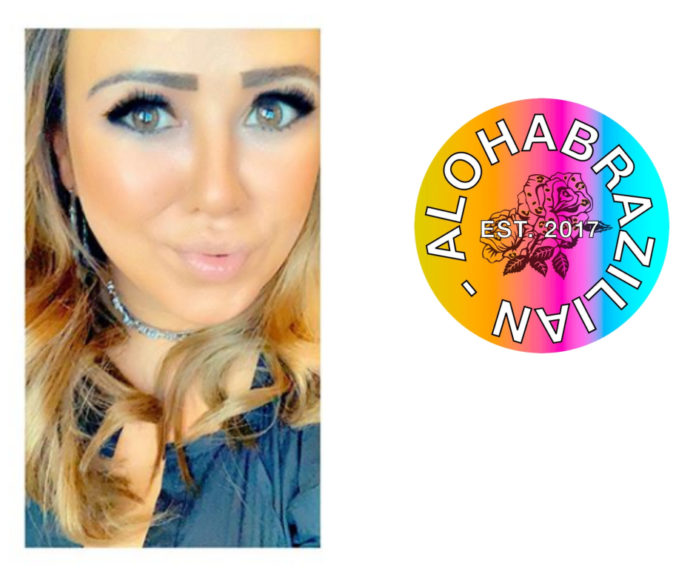 Get to know this Domestic Violence Survivor.

Flá Gomes was born in Rio de Janeiro, Brazil, raised in England and currently lives in London.  She is a businesswoman who struggled with her emotional weaknesses after suffering domestic violence in her marriage, after the separation, she has made her business work.

Around 2010, after completing music school in England, Flá, a young woman spent a season in the United States, California, she lived in West Hollywood and also in Hermosa Beach.

In the United States, Flá worked with several people in the film industry, such as James Lassiter, founding partner of actor Will Smith at Overbrook Entertainment, and also worked with actor Robert DeNiro in New York.

Despite having studied music, Fla Gomes stood out in the entertainment industry as Personal Assistant of big names, since the young woman was already showing agility in dealing with public relations. It made her personal assistant hours worthwhile. Because it was and remains agile and multi-task when the goal is to generate great strategies and solutions for her customers.  Therefore, Flá is a professional and has over 13 years in the market acting as a personal assistant and working as public relations.

After she stay in the USA, Fla Gomes returned to England, where her family lives permanently.

On the weekend his ex left the house, the two split up.  Fla Gomes started a job, in which she provided services to a member of the royal family.  A difficult period, since she could endure smiling a lot that many women would not even scream at a wedding because in addition to verbal insults, her ex-husband beat and also performed sexual abuse while she slept without her consent.

Even with all this, Fla did not stop working but had to rely on therapy for months.  However, she felt that her life had much ahead of her and that she needed to overcome it.

British police, unfortunately, did not take the case to the courts.  But all the complaints were made.  How much has become difficult to prove, such as sexual abuse.

Everything changed for Fla from then on, as his range of network expanded, and his ability to learn etiquette while being in the presence of members of the crown were noticed wherever he frequented.  In a few months, Fla was already in charge of many tasks with an extreme level of responsibility. With a smile and a willingness to serve others, in addition to his good humor and charisma, he made Fla Gomes start training and referring people to work in homes and families of this standard.

In addition, its strong network with brands such as Louis Vuitton, Chanel, Chloe, Gucci, and Christian Dior;  brought the opportunity for your clientele to always feel unique!

Her partnership with private aircraft companies has also helped her to solve the client’s flight problems faster.

In 2017, Fla decided to create a username for her Instagram and then created @Alohabrazilian, and in 2019, “Alohabrazilian Shop” on Instagram.  Thus, a brand was born that offers personalized T-shirts and Caps with concepts based on her life story since every £2 from every single purchase is directed to charity in the UK against Domestic Violence.  In addition, Flá Gomes, also registered with the British Fashion Council.

Currently, the company Alohabrazilian is registered and authenticated with Company House in the UK and also with The Gazette – Official Public Record.

Fla Gomes for 2020 is competing for some titles in England. For Alohabrazilian in 2020, plans are to arrive in the United Arab Emirates.

Alohabrazilian is always receiving new customers.  Do you need someone to take care of your Advertising?  You can contact via Instagram accounts and or by email: hello@alohabrazilian.co.uk