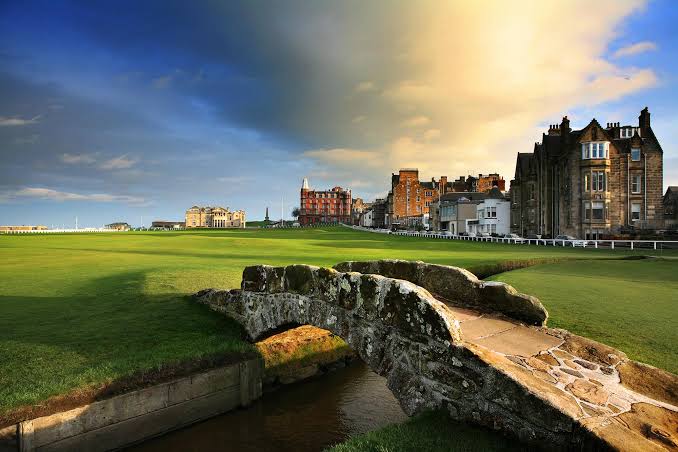 Golf, as we know it, was started in Scotland during the mid-15th century. It is a sport that is filled with history, tradition, and legends. It wasn’t until the late 18th century that golf made its way over to America. If you’re a fan of the sport, traveling to golf courses can be an exciting way to see the world. Here’s a list of five golf courses that every golfer should visit.

No list of golf destinations would be complete without talking about St. Andrew’s course. It’s one of the oldest golf courses in the world and is often called the “Home of Golf.” It’s located in Fife, Scotland. You’ll get the chance to soak in the history of golf while digging around for your ball in the Scottish heather.

When you’re done relaxing at their world-class spa, take a swing on the rocky California cliffs at Pebble Beach. They’ve hosted the U.S. Open five times. Take a swing on the same course played on by great golfers such as Jack Nicklaus and Graeme McDowell.

Located about an hour north of Osaka, Japan, this course is nestled among the striking cliffs of Osaka Bay. It was established in 1937, when the influence of Western culture was spreading through Japan. The course was closed and confiscated by the Allies during WWII. It wasn’t until 1953 that the course re-opened.

Located in Norfolk, England, this club was established in 1892. The course was built on a series of narrow strips of land between Brancaster Bay and salt marshes. Be sure to check the tides before you play! During high tides, the course turns into an island. If you’re not up for the adventure of golfing on a half-flooded course, have a drink and a snack at their Victorian clubhouse.

If you’re looking to play a round of golf on one of the most beautiful golf courses in the world, this is your place. The Princeville course is located on the scenic Hawaiian island of Kauai. You’ll be surrounded by lush green mountains and the rolling waves of the Pacific Ocean, as you make your way down the steep slopes of this challenging course.

Next time you’re planning a vacation, consider touring one of these amazing golf courses. Maybe swing by the Princeville course on your way back from Osaka. It’s sure to be the trip of a lifetime for any dedicated fan of the sport.