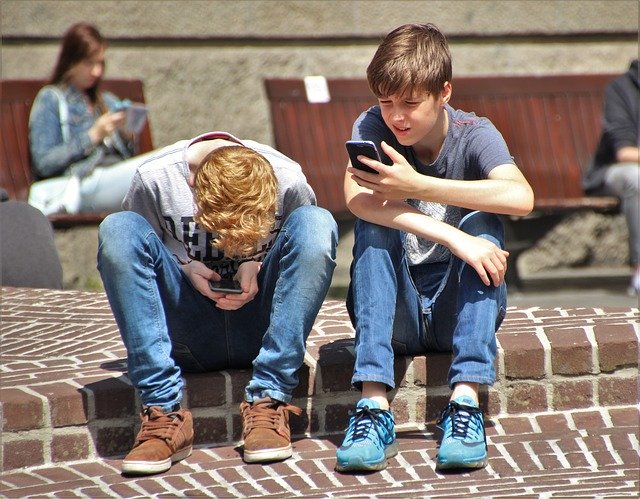 Did you ever notice that some people with absolutely no education wind up in the same profession as those who had engaged in extensive training? And… get this… some of those “college dropouts” went on to become millionaires, extending light-years beyond their educated colleagues!

But the truth may surprise you.

Actually, those successful people you’ve heard of – Steve Jobs, Bill Yates, Bob Proctor, Oprah Winfrey – they all dropped out of college; and, they all had one thing in common, knowledge of the “street smarts” of becoming successful in everyday life.

You might think that success people had the advantage of a proper family life, surrounded by love, acceptance and encouragement.

However, in many cases, the opposite is actually true.

For example, what would you think the chances of success are for a 10-year old girl growing up in the slums? Living in a single parent home, this child was abused both physically and sexually until the age of 13, where she found herself pregnant by one of the men who raped her.

And, after losing the baby, she found herself in a correction facility for misconduct, where she had to spend many of her teenage years.

Would it surprise you that I’m talking about Oprah Winfrey? Yep, that’s right! Oprah didn’t have an easy beginning.

… And neither did Wayne Dyer, today’s “Father” of personal development psychology. Having been brought up in a home during the depression with a father who ran out on the family, Wayne was given up for adoption by his mother. She loved him, but just couldn’t afford to support a family during the depression.

But, like Oprah, Wayne had something that many of us strive to have – those ‘street smart’ tips of the psychology of daily living.

So by now you’re asking, “So tell me already! What are these ‘street smart’ tips for success in life?”

Well for starters, you need to know what you want. And, I don’t mean just having something in mind… I mean know like it’s part of your identity – something that you just can’t stop thinking about… something that’s FUN for you to do!

Let’s say, for example, you HATE your job. So how many hours a week to you REALLY WANT to work? As few as possible, right?

But, let’s flip the coin for a second… let’s say you’re doing something that you REALLY LOVE to do. How many hours a week would you be working then? For many, time seems to stop as they continually work for hours… or as the successful person thinks of it, “playing” for several hours past that 40 hour a week mark.

So that’s number 1 for successful life tips: Know what you want, and go after it.

The idea here is to practice the next seven days to not thinking a single negative thought. Don’t worry, that’s actually impossible! But what you CAN do is this: try to catch yourself whenever you’re thinking something negative… when someone cuts you off in traffic, or the boss is sarcastic with you. Make yourself think (or even say out loud) “Stop” or “Cancel”. Tell yourself you didn’t really mean it and try to think something positive instead.

Why would this make a difference? Negative thoughts breed worry, and worry, believe it or not, is even below hate on the emotional scale of vibrations! By law of attraction, worrying about anything (or thinking negative thoughts about something) breeds more bad stuff!

So if you know of someone who continually complains about their life, be aware that it’s the complaining that brings on the bad life, and try to bring that conversation around to a positive bend as best you can.

Number 3: Find something to appreciate in someone else.

Every day, and make it a habit to give compliments to strangers whenever you can.

This is more than just a nice thing to do. Did you ever notice how good YOU feel when you compliment someone and you see their face light up? By law of attraction, those GOOD feelings you have will summon good stuff your way!

And, furthermore, when you practice thinking good thoughts and having faith in others, they tend to subconsciously have faith in you – and this gives you more self-confidence and energy towards your true life goal. It gives you “inspired action”… which is the real secret to knowing what you want and going for it.

Number 4: Ask yourself a quality question.

This is what Tony Robbins preaches, and I’ve found it to be SO TRUE. We actually are all continually “talking” to ourselves in our minds… asking questions.

“Why does his always happen to me?” – That question, for example, is a recipe for disaster! Because the Universe will answer – “Because you’re a SCHMUCK!” You subconsciously will find the answer to questions you’re asking yourself.

So the answer to this is easy; just ask yourself a better question; i.e., “How can I use this situation to learn from and become better at what I do?”

Faith in that what we’re doing is supporting a higher purpose, a purchase greater than us… that’s the common denominator for success.

Wayne Dyer believed in himself so vehemently that he actually purchased thousands of his books himself and stored them in his garage – all to make it look like he was popular! And where is he now? A millionaire, of course, recognized worldwide as the Father of Psychology!

But what Wayne and many other people do is always strive to do and be better. Commit to yourself that you will learn something today to make you a better person than you were yesterday. When you believe in yourself, others will also believe in you. And it all begins with faith.

Once you combine the power of belief with the first 4 essential street smart tips, you’ll be well on your way to a successful and meaningful way of life.

What’s your next step?  It’s important to make sure you’re continually growing in your personal development, striving for each day to be more fulfilling than the day before.