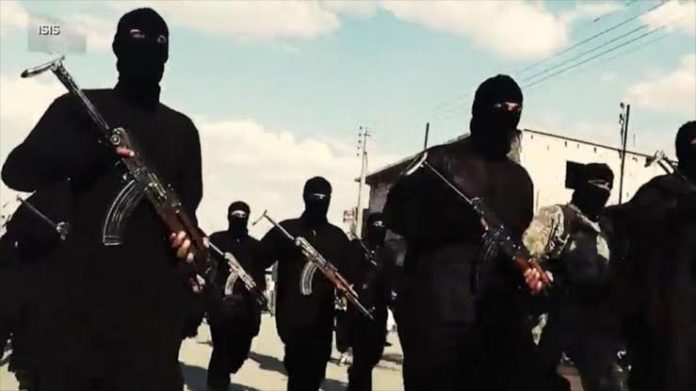 An Egyptian court on Monday sentenced eight people to life in prison, after they were convicted of joining a local affiliate of the Islamic State group spearheading an insurgency in Egypt’s Sinai Peninsula.

The Cairo Criminal Court gave 29 others sentences ranging from 15 to 1 year in prison. It also acquitted seven others, including a soccer player, in the same case. The verdict can be appealed.

The court said the defendants were accused of forming and joining IS cells that were active in several provinces including the capital, Cairo, from 2015 to early 2018.

It said the defendants were also accused of plotting attacks on the country’s Christian minority and their churches, assaulting security forces and disrupting public order through attacking public institutions.

In a separate case, the court also referred the case of three defendants facing terrorism charges to the country’s top religious authority, the Grand Mufti, for a non-binding opinion on whether they can be executed as the state’s prosecution seeks.

It said the defendants are members of a militant group known as Hasm, which has targeted security forces. The group has been linked to the now-outlawed Muslim Brotherhood organization.

The men are among 11 defendants accused of carrying out a militant attack in the Mediterranean city of Alexandria in March 2018. Two policemen were killed, and five other people were wounded in the explosion, which the government said was intended to assassinate the city’s police chief, Maj. Gen. Mostafa Al-Nemr.

The verdict is set for Mar. 31, and the presiding judge may rule independently of the Mufti.

Egypt has for years been struggling to contain an Islamic insurgency spearheaded by a local affiliate of the extremist Islamic State group in northern Sinai. Attacks on the mainland have also occurred.

The insurgency however gained strength after the 2013 military overthrow of a freely elected but divisive Brotherhood president.

Since then, courts have held mass trials and sentenced hundreds of people to death.

Rights groups have repeatedly criticized such mass sentencings in Egypt and called on authorities to ensure fair trials.