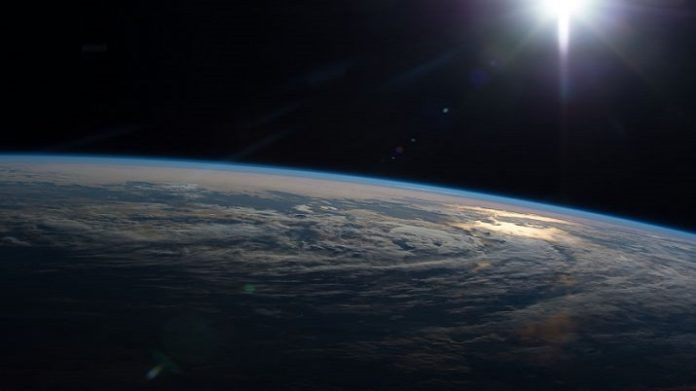 (PTI) The early Earth”s atmosphere was rich in carbon dioxide, according to a study that looked at samples of small meteorites that hit our planet about 2.7 billion years ago.

Every day, our planet gets pelted by space dust, micrometeorites that collect on the Earth”s surface, said researchers from the University of Washington (UW) in the US.

The study, published in the journal Science Advances, looked at very old samples of these small meteorites to show that the grains could have reacted with carbon dioxide on their journey to the Earth.

Previous work suggested the meteorites ran into oxygen, contradicting theories and evidence that the Earth”s early atmosphere was virtually devoid of oxygen.

“Our finding that the atmosphere these micrometeorites encountered was high in carbon dioxide is consistent with what the atmosphere was thought to look like on the early Earth,” said Owen Lehmer, first author of the study.

At 2.7 billion years old, these are the oldest known micrometeorites, according to the researchers.

They were collected in limestone in the Pilbara region of Western Australia, and fell during the Archean eon, when the Sun was weaker than today, the team said.

A 2016 research paper by the researchers that discovered the samples suggested they showed evidence of atmospheric oxygen at the time they fell to the Earth.

That interpretation would contradict current understandings of our planet”s early days, which is that oxygen rose during the “Great Oxidation Event,” almost half a billion years later.

Knowing the conditions on the early Earth is important not just for understanding the history of our planet, and the conditions when life emerged, it can also help inform the search for life on other planets, the researchers said.

“Life formed more than 3.8 billion years ago, and how life formed is a big, open question. One of the most important aspects is what the atmosphere was made up of — what was available and what the climate was like,” Lehmer said.

The new study takes a fresh look at interpreting how these micrometeorites interacted with the atmosphere, 2.7 billion years ago.

The sand-sized grains hurtled toward the Earth at up to 20 kilometers per second, the researchers said.