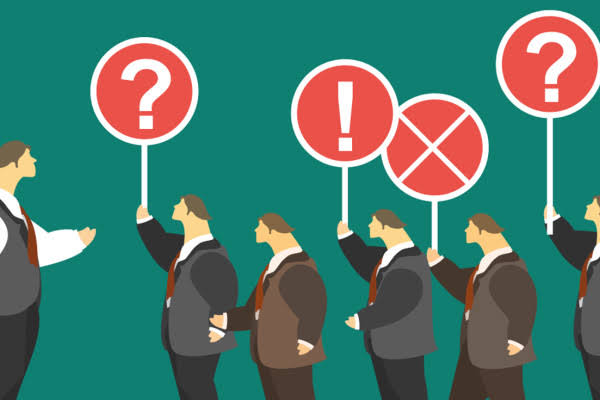 Anybody who has ever achieved anything worthwhile has had to endure criticism. Realize, at an early stage of following your passion, that you are always going to have your detractors. You will be questioned about your motives, qualifications, ability, relationships and a host of other things – including your sanity.

All sorts of people will come at you with all sorts of jibes and negative influences. They all have their own personal agendas to run. Don’t even try to appease them. If a quick explanation will not suffice, just ignore them. Eventually they will become tired and look for somebody else who will “take their bait.”

Some people will see your achievements as a threat. In other words, when you achieve a goal, award or milestone they believe that they, in comparison, do not “measure up.”

Understand this – what other people think of you is none of your business. You will never convince a bigot, a cynic or an ignoramus so don’t even try.

Many years ago I heard an interesting conundrum. It concerned a bucket of crabs.

The bucket was 12 inches high. It was three-quarters filled with a dozen crabs whose claws spanned over 12 inches from tip to tip. The bucket sat ten feet from the rolling surf at the beach where they were caught. How many crabs do you think would be able to get out of the bucket and scurry down to the water to escape?

The answer is none! You see, even if one of the crabs was ambitious enough to move onto its side, push up on one claw, reach with the other claw and start hauling itself out, then all the other crabs would cling onto it. It would eventually become so tired that it would be pulled back in.

Can you see the parallel?

The point of all this should be obvious to you. Don’t worry about what others do, say or think.

You will never be 100% popular. Lady Diana the Princess of Wales wasn’t. Walt Disney wasn’t. Neither was Mother Teresa of Calcutta or Mahatma Gandhi or Roy Orbison or Hans Christian Andersen or, for that matter, God himself!

Do what you believe is right. Look after your own future and let others do whatever they want. You will always attract critics. It is part of the price of success.