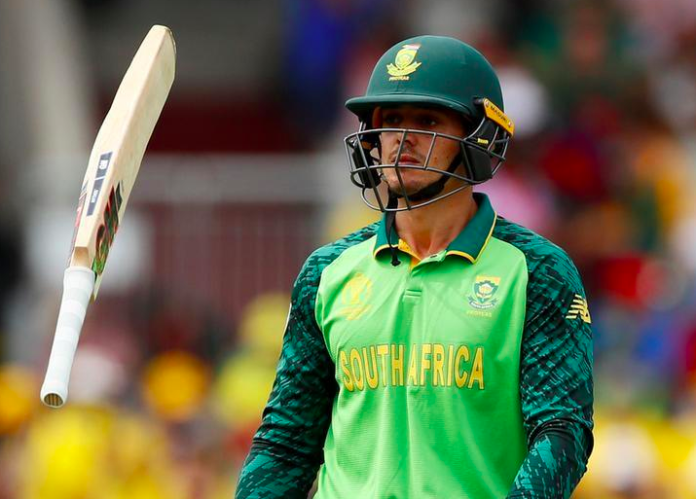 Quinton de Kock has been named as the new captain of the South Africa One-Day International side, taking over from Faf du Plessis, who is dropped altogether for the three-match series against England next month.

Du Plessis led South Africa in their disastrous 2019 World Cup campaign and has hinted at international retirement from all formats following the Twenty20 global finals in Australia later this year.

“We all know the quality of the player that Quinton de Kock has grown to become,” CSA director of cricket Graeme Smith said in a statement on Tuesday.

“Over the years we have watched him grow in confidence and become one of the top ODI wicket-keeper batsmen in the world. He has a unique outlook and manner in which he goes about his business and is tactically very street smart.”

Fast bowler Kagiso Rabada will be rested for the series, while allrounders Chris Morris and Dwaine Pretorius have also not been able to force their way in.

“The road towards the 2023 Cricket World Cup starts now and we want players doing well in our domestic structures to see the rewards of the hard work that they have put in,” CSA Independent Selector Linda Zondi added.

The first ODI will be staged in Cape Town on Feb. 4, with the second in Durban three days later and the final match of the series to be held in Johannesburg on Feb. 9.