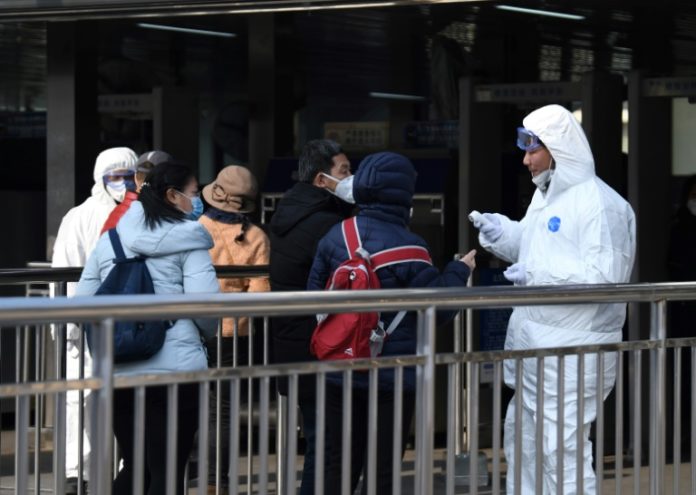 China sealed off millions more people near the epicentre of a virus outbreak on Friday, shutting down public transport in an eighth city in an unprecedented quarantine effort as the death toll climbed to 26.

While the World Heath Organization held off on declaring a global emergency despite confirmed cases in half a dozen other countries, China expanded a lockdown now covering some 26 million people and cancelled some Lunar New Year celebrations to prevent the disease spreading further.

The virus that emerged in the central city of Wuhan has now infected 830 people, the national health commission said.

The new virus has caused alarm because of its similarity to SARS (Severe Acute Respiratory Syndrome), which killed hundreds across mainland China and Hong Kong in 2002-2003.

The WHO said China faced an emergency but stopped short of making a global declaration that would have prompted greater international cooperation, including possible trade and travel restrictions.

Wuhan, a major industrial and transport hub of 11 million people in the centre of the country, has been rendered a ghost town by China’s imposition of an unprecedented transport quarantine around it and nearby cities.

China has begun its Lunar New Year holiday, typically marked by family gatherings and public events, but the streets of Wuhan were deserted and stores shuttered.

Even the police presence, usually prominent in China, was hardly detectable.

In stark contrast, a hospital visited by AFP journalists bustled as worried patients came in to get checked for the virus.

At a temperature-screening station, a medical staffer in full-length white protective suit, face mask and goggles took a thermometer from a middle-aged woman, pausing to examine the reading before quickly turning back to the patient.

“Have you registered? Then go and see the doctor,” the staffer said.

One 35-year-old man voiced the fears of many.

“I have a fever and cough, so I’m worried that I’m infected,” he said, giving only his surname, Li.

“I don’t know the results yet. I’m a bit worried.”

With hundreds of millions of people on the move across China for the holiday, the government has halted all travel out of Wuhan, the city’s public transport has been suspended, and residents have been ordered not to leave home.

“This year we have a very scary Chinese New Year. People are not going outside because of the virus,” said a taxi driver in the city, who asked not to be named.

But he was not concerned about potential food shortages in a prolonged shutdown.

“It’s Chinese New Year and people have already bought a lot of things to cook at home for several days,” he said.

But the pathogen, known by its technical name 2019 Novel Coronavirus (2019-nCoV), has caused nationwide alarm, with surgical masks selling out at many outlets in Shanghai, Beijing and other cities.

Besides Wuhan, seven other smaller cities nearby have battened down the hatches.

In the latest, the city of Huangshi, which has more than two million people, announced Friday it had halted public transport and closed a major bridge.

On Thursday, Huanggang, a city of 7.5 million people, announced that public transport and train services were suspended and citizens were told to not leave the city.

To discourage nationwide travel, the government said Friday that all tickets for rail, air, road, or water transport could be exchanged for a full refund.

Beijing has cancelled massive gatherings that usually attract throngs at temples during the New Year holiday, while the historic Forbidden City will close from Saturday.

The respiratory virus emerged from a seafood and animal market in Wuhan in late December. It has spread to several other countries including the United States.

The National Health Commission said that of the 830 cases in China so far, 177 are in serious condition. Authorities were also examining 1,072 suspected cases.

“This is an emergency in China, but it has not yet become a global health emergency,” WHO chief Tedros Adhanom Ghebreyesus told reporters after two days of talks in Geneva.

Tedros hailed China’s preventive measures but expressed hope that they would be “short in their duration.”

Beijing has been praised for its response, in contrast to SARS, when it took months to report the disease and initially denied WHO experts any access.

Authorities have said most fatalities were aged between 48 and 89 and already suffered from pre-existing health conditions.