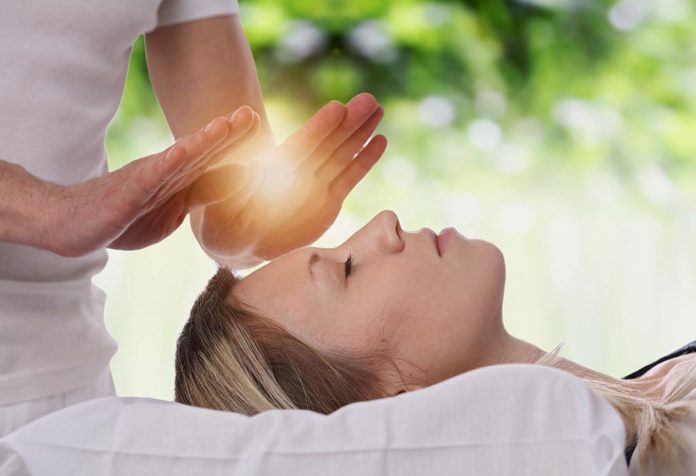 The American Cancer Society estimates that in 2006, about 212,900 women in the U.S. will learn they have invasive breast cancer. American women have a 1 in 8 chance of developing this type of cancer at some point in their lives, and roughly 2 million have already been treated for the disease. Thankfully, death rates from breast cancer have dropped dramatically. Early detection as well as advances in chemotherapy and other treatments mean that each year yields more and more breast cancer survivors.

As with any cancer, traditional treatments for breast cancer can cause their own array of health challenges. Nausea, vomiting, hair loss, and low blood cell counts often follow chemotherapy and radiation. In a recent study published in The Journal of the National Cancer Institute, Dr. Michael Hassett of Boston’s Dana-Farber Cancer Institute found that 16 % of breast cancer patients under age 64 required a hospital visit to manage chemotherapy side effects. Chemotherapy targets all rapidly growing cells, including white blood cells (known as neutrophils), which support the immune system. Neutropenia, meaning white blood cell counts have dropped below normal levels, lowers immune response to invaders like bacteria, viruses and fungi. Consequently, the most common and serious reason for the post-chemo hospital visits was high fever from infections. Anemia-resulting from low red blood cell count-poses additional struggles in the form of extreme fatigue.

Anti-nausea drugs, blood transfusions and lab-made white blood cell “boosters” now form part of a growing arsenal of coping strategies. But for women who feel conflicted about taking drugs in the first place, these solutions can seem too toxic or even add additional complaints. The neurtophil enhancers, for example, cause temporary bone pain as the marrow rapidly produces more cells. Leigh Leming, 54, a breast cancer survivor whose cancer later returned and metasticized, decided that this time she wanted to try something different. Unable to eat due to nausea, she now follows the advice of an Ayurvedic chef. She drinks a shot of ginger, lemon juice, and honey before each meal. “It’s the only thing that keeps my food down,” Leming explains. She also takes wheat grass juice to build up her blood counts, because 2 ounces of wheat grass juice contain nutrients equivalent to 4 pounds of organic produce: “The difference in my energy levels is amazing!”

A patient at St. Luke’s Hospital in Bethlehem, Pennsylvania, Leming noticed fliers offering Reiki sessions there. Reiki (pronounced “RAY-key”) is an ancient healing energy system rediscovered in the late nineteenth century by a Japanese monk named Dr. Mikao Usui. The “Rei” stands for “universal,” and the “ki” refers to “life force energy” similar to “Chi” in Chinese healing or “prana” in yoga. Thus, Reiki means “universal life force energy,” which works on all levels-physical, mental, emotional, and spiritual. By influencing all these levels, Reiki is believed gently but dramatically to amplify people’s innate abilities to heal themselves. One can perform Reiki with hands on or above the body, and even across great distances. Most people notice it as heat, tingling or a feeling of deep love and support.

Leming’s friends at St. Luke’s Wellness Center explained that they receive Reiki sessions prior to chemotherapy in order to offset some of their post-chemo reactions. Other patients noticed dramatic improvement in pain levels following Reiki treatments. After experiencing some of this pain relief herself-“I actually forget to take my pain pills after a Reiki session”-Leming gathered a group of patients and survivors to learn how to treat themselves with Reiki. Having received an attunement (opening of the body’s natural energy paths) from a Reiki Master Teacher, they can now feel Reiki flowing through their own hands. Although her pain returns, Leming reports a greater sense of calmness and peace when dealing with pain, as well as other cancer stressors like finances and family relationships.

No formal U.S. studies have proven Reiki’s effectiveness in treating cancer; however, The Canadian Breast Cancer Research Initiative recently awarded a $20,000 grant to Dr. Ahlam Mansour of the College of Nursing, University of Saskatchewan. Dr. Mansour will study “the effects of Reiki on the level of anxiety, physical problems, spiritual well-being, and complete blood counts in patients undergoing their initial AC (chemotherapy).” The June 1997 issue of Cancer Prevention Control shared preliminary results from a controlled study at the Cross Cancer Institute in Edmonton, Canada. Twenty volunteers with chronic pain, including pain from cancer, received Reiki treatments from a certified Reiki Level 2 practitioner. Study supervisors used both a visual analog scale (VAS) and a Likert scale to measure pain before and after Reiki. The study found that receiving Reiki greatly improved pain levels.

The esteemed California Pacific Medical Center’s Health and Healing Clinic offers Reiki, along with acupressure, nutritional therapy and yoga. Hospices increasingly offer Reiki to patients as a means of easing pain and reducing anxiety about the unknown.

Arizona hosts one of the longest relationships between Reiki and traditional cancer treatment. Sally Soderlund, RN (Support Services Coordinator for Oncology) directs the Tucson Medical Center (TMC) Reiki Clinic. The Reiki program at TMC began over 21 years ago in the Cancer Care Unit. It has since branched out to other areas of the hospital as well. Reiki practitioners at TMC usually describe Reiki as “healing energy” and work together in two person teams. They emphasize the relaxing and healing qualities of Reiki, rather than delving into metaphysics. Although some patients report spiritual experiences during Reiki sessions, volunteers explain that Reiki is a healing system, not a religion. The TMC clinic’s success continues due to patient requests for repeat sessions as well as nurse reports of improved patient mood and healing rate.

The American Cancer Society regards Reiki as a “safe” complementary cancer therapy. Their website acknowledges patients’ subjective reports of Reiki’s ability to speed healing and increase their sense of well-being. Like massage, Reiki induces relaxation, lowers heart rate and reduces stress levels. Studies indicate that people heal better if they can remain in a low stress state. Because massage actually manipulates tissue, though, the American Cancer Society recommends avoiding areas near tumors until research shows if tissue manipulation can spread cancer cells to other parts of the body. Unlike massage, Reiki involves a light touch or no touch at all: there is no tissue manipulation. Recipients remain clothed while energy flows above and into their body. For people with multiple tumor sites, Reiki offers a chance to tap into the healing power of relaxation without any contraindications.