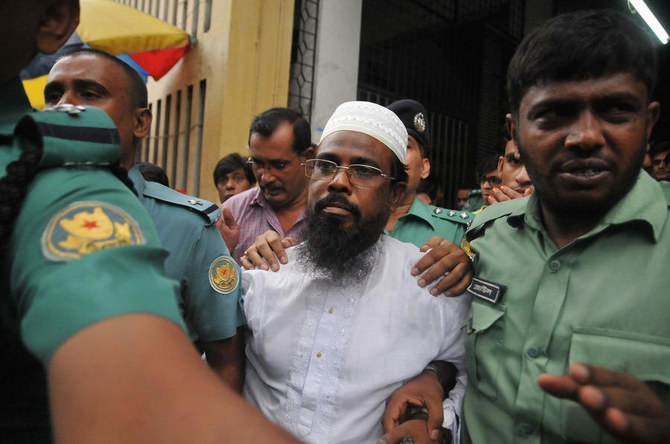 A court in Bangladesh on Monday sentenced 10 members of a banned Islamist terrorist group to death for a deadly bomb attack on a Communist Party rally in 2001.

Dhaka Metropolitan Sessions Court Judge Mohammed Rabiul Alam made the decision in a crowded courtroom while four of the defendants were in the dock. Six of the defendants are not in custody, while another two who are on the run were acquitted.

All of those on trial belong to the banned group Harkat-ul Jihad al-Islami.

The group considers the Communist Party an anti-Islamic force. On Jan. 20, 2001, bomb attacks on a party rally in Dhaka killed five people and wounded 50 others.

The judge said investigators found Harkat-ul Jihad al-Islami’s former leader was responsible for the attack but his name was dropped from the case because he was executed in 2017 over a separate attack.

The group was established in Bangladesh in 1992 by a group of former Bangladeshi Afghan war veterans who fought against then Soviet Union soldiers.

Bangladesh’s government banned the group in 2005 due to its ties to terrorist attacks in the country and allegations that it had connection with regional terrorist groups.

Bangladesh, a Muslim-majority nation of 160 million people, has experienced brutal attacks on scholars, atheists and liberals in recent years. Some radical forces want to establish Sharia law in the South Asian country, which is largely governed by a legal system based on British common law.