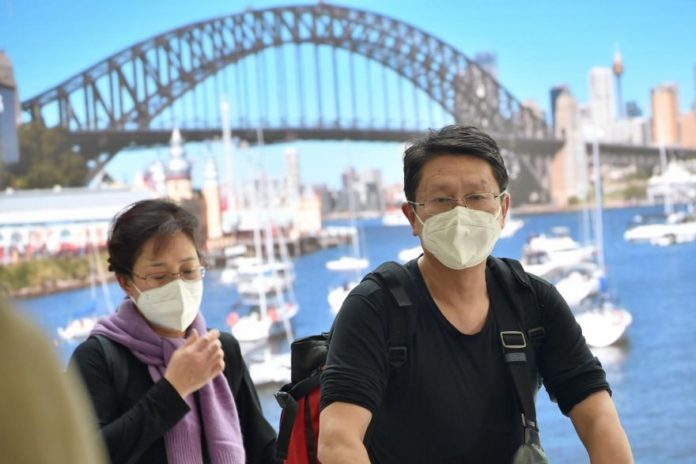 Australia confirmed its first case of the new coronavirus on Saturday in Melbourne, with many pharmacies in the city’s centre running out of protective masks despite health officials saying they are not recommended.

A Chinese national in his 50s, who had been in the city of Wuhan where the virus first appeared, is in a stable condition in a Melbourne hospital after arriving from China on Jan. 19 on a flight from Guangzhou, Victoria Health Minister Jenny Mikakos told journalists.

“It is important to stress that there is no cause for alarm to the community,” Mikakos said.

In neighboring New South Wales state, health officials said they were treating two cases as “probable infections” although definite results of tests would only be known later on Saturday.

The death toll from the virus in China rose to 41 on Saturday, with more than 1,300 infected globally, but most of the cases have been in Wuhan, where officials have imposed severe restrictions on travel and public gatherings.

Australia’s Chief Medical Officer Brendan Murphy said that there might be more cases of coronavirus, giving significant travel from Wuhan city to Australia in the past.

“This is the first confirmed case,” Murphy told a news conference. “There are other cases being tested each day, many of them are negative, but I wouldn’t be surprised if we had further confirmed cases.”

The news spread quickly in Melbourne and by midday Saturday many people rushed to pharmacies to buy masks for protection from the newly discovered coronavirus.

“I have been to nine pharmacies already, they’re all out of them,” said a 22-year-old Royal Melbourne Institute of Technology student, who is originally from Shanghai and only give her first name as June. “And I need them, we all need them.”

Prime Minister Scott Morrison said on Thursday that Australia had a national stockpile of over 10 million protective masks in the event of an outbreak of coronavirus.

Four pharmacies approached by Reuters in the Melbourne centre on Saturday said they had sold out of masks. The masks have been in higher demand in recent weeks also due to bushfires that blanketed Melbourne and other cities in toxic haze.

The spike in demand comes even as some officials warn about the effectiveness of some masks.

“Face masks are not recommended for use by members of the public in Victoria for the prevention of infections like novel coronavirus,” Victoria health department said in a statement.

A pharmacist in Melbourne centre who did not want to be identified said she sold all the “hundreds” of packages of masks she had on stock by midday Saturday.

“I took a gamble last week and bought out all the nearby pharmacies,” she said.

Australians were urged on Saturday not to travel to the Hubei province in China, with the government issuing its most severe travel advisory.

Australia is a popular destination for Chinese. It saw about 1.4 million short-term arrivals from China last year – the largest source of foreign visitors to the country.