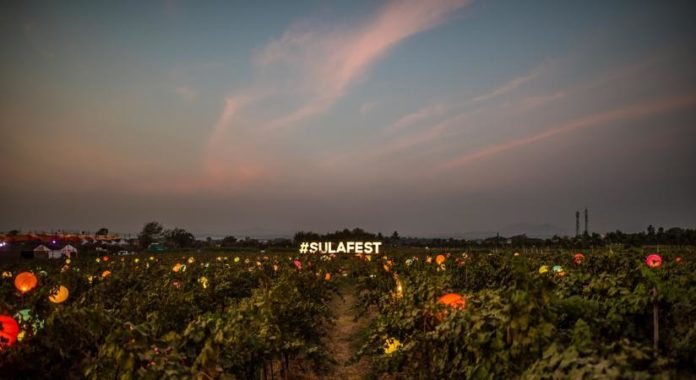 (IANSlife) From planning to eat fewer calories, skip alcohol, exercise more to picking up a hobby, learning a new skill and traveling more 2020 might have got you motivated to start working on your long list of resolutions. But life is just not about setting big goals. It also requires learning to appreciate and enjoy every day as it comes. Attending events across multiple genres can help in doing so and also enable you to become more social without relying on sending last-minute texts to your friends. Confused about where to start with? Here is a list of top 5 multi-city events that await your presence:

Every day is a good day to watch a movie. But when film enthusiasts gather at one place to celebrate the classic hits by directors from around the world that continue to enrich the cinematic literature and transform the lives of people world over, it becomes a sin to miss it. Attended by an elite gathering comprising Navrasa Duende Movie Club members, special guests, film critics, and media, the 4th edition of Navrasa Duende World Movie Festival is scheduled to be held in February 8th-9th, 2020, at Siri Fort. The festival will screen movies from across genres like drama, comedy, crime, war, thriller and more. The line-up for the inaugural screening features acclaimed classics of the World Cinema including Lawrence of Arabia, A Separation, The Conformist, 2001: A Space Odyssey, In the Mood for Love and Le Mepris.

India’s first vineyard music festival is back with yet another two-day extravaganza of potent world music, wines, and food in the heart of the wine capital of India, Nashik on Feb 1 and 2nd. Set against the most striking backdrop of the rolling hills and tranquil of the Gangapur Lake, the 13th edition of this vineyard music festival will host some high voltage performances by acclaimed artists and bands like Hot Chip, Salim-Sulaiman, The Local Train, Voctronica, Sindhi Curry, Mike Akida, Ana Lilia and more. The music fest will be accompanied by some new experiences and attractions like wine games, grape stomping, master classes by our winemakers and much more! There are heaps of adventure awaiting as you camp in the vines under the starry sky to enjoy delicious food with wines and make new friends!

An annual event organized by Mehrangarh Museum Trust, The World Sacred Spirit Festival (WSSF) this year is scheduled from February 13 to 16 and will feature talent from across the world to enthrall the music aficionados. With the serene Mehrangarh Fort as the backdrop, leading exponents of Sufi and Sacred Music Culture will display an enriching amalgamation of musical traditions that descend from the East, Asia, and Africa to the rich heritage of India. Renowned artists like Nourou Salam, Kavita Seth, Walid Ben Selim, Duo Bud, Areej Sufi Ensemble, Rakesh Chaurasia, Char Yaar Group, Kanishk Seth, Ustad Bahauddin Dagar, and Danish Hussain Badayuni will be giving their captivating performances at the festival.

Kala Ghoda arts festival The beginning of February once again will be the best time of the year for the art enthusiasts. Thanks to the annual Kala Ghoda Art Festival, the biggest free entry, art and culture fest of the whole world scheduled from 1st-9th February. The nine-day long festival is full of zest with its engaging and interesting programmes that cover theatre, dance, literature, art and not to forget the delicious food. The art festival invites people to do more than just witness; it calls upon numerous talented individuals and groups to come forth and explore while watching a lot of, what is in store for them. The Kala Ghoda Art Festival is a true and honest representation of numerous art forms featuring some brilliant, creative events like the Kids Literature, theatrical plays, films &amp; movies, street shows, visual art installations, workshops, stand-up comedy, heritage walks, etc. conducted each day take the enthusiasm and excitement level to a new high.