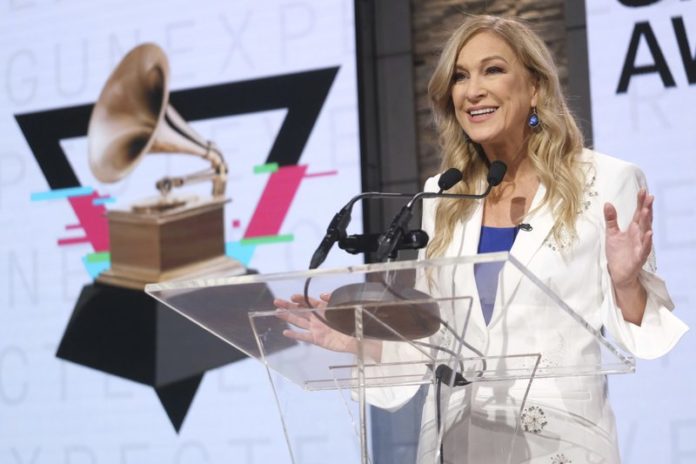 The leadership at the Recording Academy thought they were in the clear: After the Academy’s then-CEO made comments that seemed to belittle women at the height of the #MeToo movement, leaving the organization in a firestorm that further exposed their diversity problems, it set out to make a change.

It issued a task force focused on inclusion. It hired Michelle Obama’s former chief of staff to run it and also launched an initiative to create more opportunities for female music engineers and producers.

And they hired Deborah Dugan as its new CEO.

But a measly 169 days after she became the first woman to officially lead the academy, Dugan is out, and the Academy — just days before its 2020 awards show — is in upheaval again.

On late Thursday, the academy said that Dugan, the former CEO of Bono’s (RED) charity organization, was put on leave following an allegation of misconduct by a senior leader at the organization.

One industry leader took to Instagram to express her displeasure at Dugan’s ouster.

“What’s so incredibly frustrating is a woman is a bully but a man a leader? This woman has had a flawless career but at the Academy she’s a bully? Smells like fish to me,” said Lou Taylor, the CEO of Tri Star Sports & Entertainment Group, who has worked with Britney Spears, Florida Georgia Line, Mary J. Blige and more. “Until proven otherwise I stand for Deb. #standwithdeb.”

“I salute Deborah Dugan for her truth and courage to try and effect change. As always, a bunch of ignorant, testosterone-fueled, usually old white men stop progress and screw it up,” he wrote.

When asked about Dugan’s leave in an interview Friday about other topics, John Legend said: “I truly have no comment because I have no idea what happened.

“It was definitely shocking to say the least for someone that they searched so long to find to … be put on administrative leave, or whatever, because of misconduct. I don’t know any details around it but makes you wonder what happened,” added Legend, who is member of the academy’s Los Angeles chapter and is friends with and has collaborated musically with Dugan’s interim replacement, music producer and Board Chair Harvey Mason Jr.

The Grammys have been criticized over the years over the diversity in its top prizes, which rarely goes to rap and contemporary R&B stars, including heavyweights like Beyoncé, Kanye West, Kendrick Lamar, Eminem and Mariah Carey. While those acts have won in the rap and R&B categories, when it comes to main prizes such as album, song and record of the year, the winners tend to be in the rock, country and pop genres.

The organization has also been targeted for its lack of female winners in the top categories, and things took a turn in 2018 when only two female acts won awards during the live telecast. At the same show, Lorde was the sole female nominee up for the top prize — album of the year — but the pop singer wasn’t given a slot to perform during the show, which angered fans and some music industry players.

Neil Portnow, who began his post in 2002 and was president at the time, was asked about the lack of female winners and responded with words that essentially ended his run at the academy.

Drama ensued. An online petition posted by singer-songwriter Vanessa Carlton calling for his resignation surpassed its goal of 10,000 signatures; more than 30,000 people had signed the document. The remarks were criticized by Pink, Sheryl Crow, Katy Perry, India.Arie and others.

Portnow called his comments a “poor choice of words” and later said he chose not to seek an extension on his contract, which ended last year.

The academy took the hit seriously and announced it was creating a task force to uncover unconscious biases and other barriers that impede women’s success in the music industry. That’s when Dugan was hired.

The academy’s Board of Trustees includes 44 people and 35% are women. Eight of the 44 Trustees serve on the Executive Committee, which is 50% female and was the group that made the decision to put Dugan on administrative leave.

But on Friday her lawyer fired back at the academy, even using the words “step up” to defend the just-ousted chief.

“What has been reported is not nearly the story that needs to be told. When our ability to speak is not restrained by a 28-page contract and legal threats, we will expose what happens when you ‘step up’ at the Recording Academy, a public nonprofit,” Dugan’s attorney, Bryan Freedman, said in a statement.

The academy and Dugan didn’t reply to emails seeking additional comment. The 2020 Grammy Awards, set to take place Jan. 26 at the Staples Center in Los Angeles, will still go on and will feature performances by Ariana Grande, Lizzo, Billie Eilish, Aerosmith, Tyler, the Creator and more acts. Lizzo is the top contender, nominated for eight awards, while Eilish and Lil Nas X are competing for six prices each.