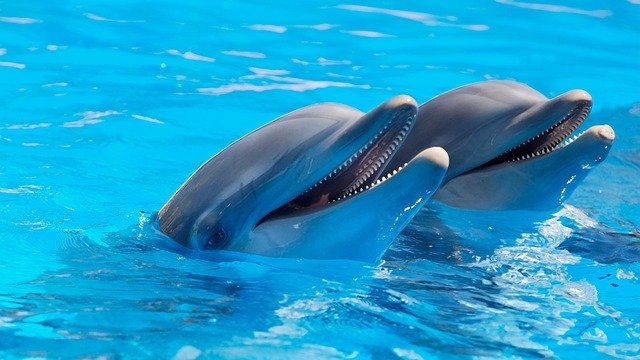 Dolphins have long been known as the lovable and oftentimes iconic symbols of kindness, friendship, and love. They embody the aura of being fun, easygoing, and oftentimes paired up with the lighter things in life. But what are the facts that come along with this well-loved and world-renowned creature? What are the things that are usually missed out on that are well worth knowing about? Here are the top 12 dolphin facts that are commonly missed out on.

Dolphin fact number one: Dolphins are mammals.
Contrary to the normal presumption that they’re actually a kind of fish due to the nature of their habitat (which is aquatic), they’re actually categorized under the same group as men, and other warm-blooded land animals. This is mainly due to the fact that the dolphins nurse their young from mammary glands which is unique to mammals and which is how the species name is derived from.

Dolphin fact number two: Dolphins can swim 5 to 10 kilometers per hour.
This is actually particularly surprising since dolphins are spotted quite frequently and usually regarded as exceptionally fast swimmers. Although this fact still depends on the species and the situation, the fastest breed of dolphins can reach up to a maximum of 32 kilometers per hour.

Dolphin fact number three: Dolphins can swim up to 260 meters below the surface of the ocean.
This is normally not thought off since these creatures are usually show animals and normally seen on the surface. It is another fact though, that although they can reach those depths, they are mainly considered as shallow divers as they need to constantly break through the surface for them to breathe.

Dolphin fact number four: Dolphins communicate efficiently.
Dolphins have been well-loved and well-characterized in the movies for their authentic animal sound which is considered as their form of communication. They actually make a unique signature whistle that can help individual dolphins recognize each other, collaborate, and perform several other kinds of communication; which is usually not a characteristic of sea animals in general.

Dolphin fact number five: Dolphins can stay up to 15 minutes under water.
This is a pretty short stay underwater, and this seldom happens. Their usual behavior would be to stay a few minutes underwater after diving before coming back up to the surface reaching it for air.

Dolphin fact number six: The bottlenose dolphin brain weighs 1500-1600 grams.
Although this is relatively heavier to that of a human brain, which averagely weighs 1200-1300 grams; this is not a conclusive evidence of dolphin intelligence. This is because there are many other factors or variables that might be the cause of intelligence, according to scientists.

Dolphin fact number seven: Dolphins use a technique called echolocation.
This technique is the same principle as that of RADAR, which is an acronym the US Navy coined from the term radio detection and ranging. The principle behind it is technically being an object-detection system utilizing electromagnetic waves – specifically radio waves – to determine range, altitude, direction, or speed of both moving and fixed objects such as aircraft, ships, spacecraft, guided missiles, motor vehicles, weather formations, and terrain. As for the dolphins, they use this echolocation technique mainly to find food and to navigate.

Dolphin fact number ten: The largest dolphin is the Orca, also known as the “killer whale”.
These “killer whales” or Orcas have the ability to grow up to 6.1 meters long and have long been nicknamed as whales presumable because of their size. But physiologically speaking, they really belong to the Cetacean family just like all the other dolphins do.