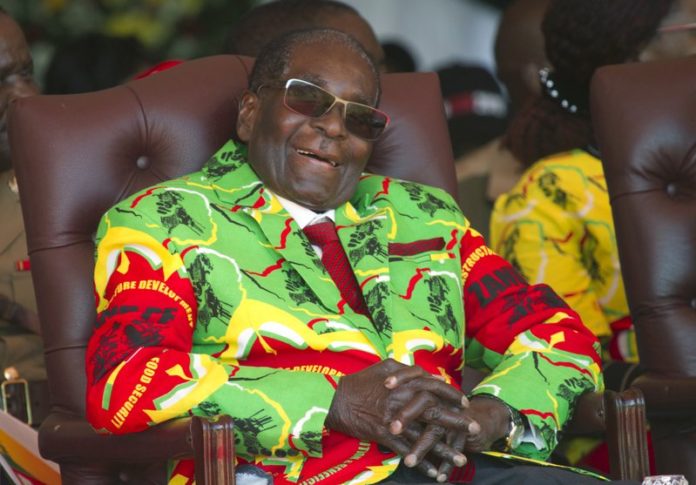 HARARE, Zimbabwe (AP) — The wealth of Zimbabwe’s former longtime president Robert Mugabe was long a mystery. Now the first official list of assets to be made public says he left behind $10 million and several houses when he died in September.

Some in Zimbabwe view that estate as far too modest for Mugabe, who ruled for 37 years and was accused by critics of accumulating vast riches and presiding over grand corruption.

The report by the state-run Herald newspaper on Tuesday does not mention any overseas assets, though it is thought that Mugabe had properties in neighboring South Africa and in Asia.

The report says there appears to be no will, though lawyers are still looking for one. The report cites the lawyers as saying the law stipulates that Mugabe’s wife, Grace, and children will inherit the property in that case.

Mugabe also left behind a farm, 10 cars and 11 hectares (27 acres) of land that included an orchard at his rural home where he was buried. His daughter, Bona, registered the estate on behalf of the family, the report said.

More than a dozen farms are publicly known to have been seized from both black and white farmers by the late strongman’s family.

Mugabe died of cancer in a Singapore hospital at age 95 nearly two years after he was forced by Zimbabwe’s military and ruling party to resign.

Many in the southern African nation say the country he left behind has fallen deeper into economic and political crisis, with a growing hunger problem that a United Nations expert last month called “shocking” for a state not at war.

Half of Zimbabwe’s population, or more than 7 million people, is experiencing severe hunger, the U.N. World Food Program said Tuesday, calling it a “vicious cycle of sky-rocketing malnutrition that’s hitting women and children hardest.” It plans to more than double the number of people it helps to 4 million but said delivering aid will be complicated by “surging prices” for basic items and a regional drought that has hurt food supplies.

Critics blame the overall crisis on the administration of President Emmerson Mnangagwa, who has struggled to fulfil promises of prosperity since taking power in 2017.