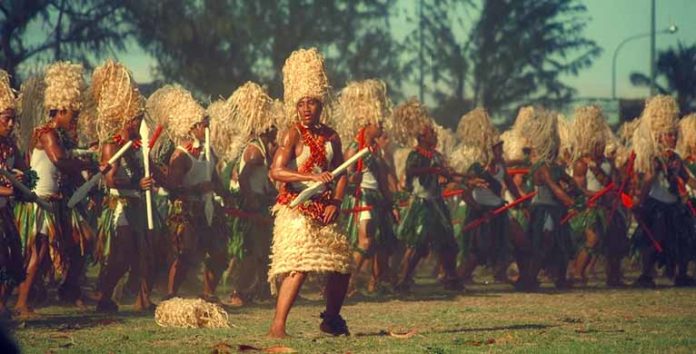 The Tonga people of Zambia live in Zambia’s Southern Province. They are an agricultural tribe and herding cattle and crop growing are the two most important aspects of their traditional economy. They have a deep connection to their cattle and land reflecting an ancient spiritual harmony with nature.

The Tonga are considered to be original Zambian inhabitants – sites dating back to the 18th and 19th centuries have been found on the Batoka Plateau as well as ancient village sites near Kalomo and Choma. The oldest site can be found on Sebanzi Hill on Lochinvar Ranch which is on the edge of the Kafue Flats.

Zambian history suggests that 600 years ago a thriving trade centre existed in the Zambezi valley. A site christened Ingombe Ilede was unearthed by Archaeologists and it showed that people lived here and traded with the Arabs, Chinese and India. Copper crosses of about 30cm in length have been found to have been the main currency unit.

The word ‘Tonga’ means ‘independent’ and it confirms the theory that originally the Tonga people did not have a centralised political structure but lived in independent family units. Traditionally chieftainship was not part of the Tonga tradition. Rather, priests and rainmakers were seen to be more important leaders. It was only when the colonial administration was creating its leadership structure that chiefs were assigned to the Tonga people. As a result of the changes brought on by the colonial administration, chieftaincy is now an integral part of Tonga politics.

Rather confusingly, there is reference to a Chief Monze long before the British came to Zambia. Chief Monze was not a Chief as we would know it but a priest, prophet, rainmaker and mediator. The current Chief Monze who is a spiritual and cultural leader who commands significant respect from a extensive community descends from a long lineage dating back from the 17th century when according to traditional tails the first Chief Monze descended from heaven.

The Lwiindi Gonde Ceremony is the main Tonga ceremony and is held in the South West of Monze town on the last Sunday of June. It is a traditional ceremony filled with music, lively dance and prayer. ‘Gonde’ means thick bush and this is the place where the shrines of the Tonga people are. It is the place where the first ever Chief Monze vanished – tradition says that he did not die. Gonde became the burial place for all chiefs although only two are actually buried there.