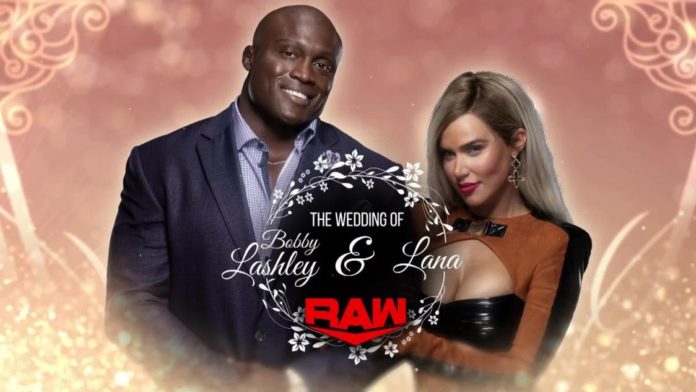 Here are the full results for the final RAW of 2019.

Kevin Owens walks straight to the ring and says he’ll kick off New Years early with fireworks. We get a recap of last week’s assault by AOP and Seth.

Owens says they call them out every week but he keeps getting beat up. But eventually, they’ll take one of them with him. He also hates that people who he respects gets affected as a result, such as Rey Mysterio. He blames their attack on Rey losing the US Title.

Rollins comes out and says that he’s missing the bigger picture of him leading by example. He’s been left with no choice to impose his will, and if he resists, AOP will enforce his will for him.

Owens charges while Rollins speaks, but AOP get the jump on him. While AOP jumps Kevin, Seth joins in. Eventually, Samoa Joe returns to save Kevin. Joe takes out AOP and gets the Coquina Clutch on Rollins before AOP come back in. Owens comes in with a chair and security breaks things up. Everyone still fights with each other.

Eventually, Owens breaks free and gets a senton from the top rope onto AOP and security.

Back in the locker room, Owens and Joe are talking and Charly asks Joe why he got involved. He said he didn’t have a choice because Seth made a choice to involve him. Owens says he hasn’t known anyone as bad as him, and he didn’t imagine he’d be by his side.

Security approaches to escort them out, and Owens says they accomplished what they needed to and they have 7 days to make their next move. Both leave.

Black is able to reverse a Murphy’s Law into a pin which Murphy kicks out of. Black immediately hits a Black Mass and hits another after for the win.

Backstage, Rollins says that management cannot have RAW without their leader and dares them to try. Rollins and AOP leave with security getting out of the way.

Rowan expresses anger to Lana that he didn’t receive an invitation to her wedding, but he doesn’t care anyways.

The jobber tries to hide underneath the ring and escape to the cage from the other side but Rowan hammers him down. Easy squash.

Charlotte Flair comes out and announced her entry into the women’s Royal Rumble match. She talks about all her accolades, but is tired of talking about why she’s the Queen. So she issues an open challenge to who wants to face her, or bow down to her. Natalya answers the call.

During the match, the 24/7 division comes out and Eric Young ate a big boot from Flair.

Flair wins when she gets the big boot and follows up with the Figure Eight.

Backstage, Becky Lynch is interviewed. She’s asked if there’s any updates on when the match with Asuka will take place. Becky says it will take place at the Rumble.

Lynch also talks about her contract coming up, and she says she doesn’t know if she can defeat Asuka, but she’ll try even if it kills her.

We get another Liv Morgan vignette.

The OC come out and AJ and company gloats about their triumphs over Orton and the Viking Raiders. The Street Profits then come out.

They make sure to remind The OC they beat them on their debut. And since The OC beat the Viking Raiders, and the Profits beat them, they are the best. AJ tells them to stick to their backstage shticks. Gallows challenges them to a match.

The Street Profits vs. The OC

Early in the match, Styles got thrown out. Montez Ford picks up the win for the Street Profits with the frog splash.

Before the match, McInyre states that even though it’s a handicap match, it’s Ryder and Hawkins that should be worried. He then polls the crowd to see if they agree.

Drew destroys both and pins both men on top of each other.

Next week, it is announced that Brock Lesnar will be on RAW. Also, Rey Mysterio will get his rematch for the US Title and The Viking Raiders will defend their tag titles in a triple threat match against The Street Profits and The OC.

Randy Orton comes out on crutches and needs help from a security guard to get in the ring.

Orton says WWE isn’t ballet and injuries can happen at any time. It also kills him he can’t compete at the moment. Randy says he’ll be out a while and that there’s a good chance he won’t be back. But he says he’ll do everything in his power to ensure someone gets an RKO at WrestleMania.

AJ Styles comes out and taunts Randy. Styles says he has no choice but to sit there and take it. He then puts his hands behind his back and dares him to strike.

Styles says he will be willing to wait until WrestleMania to retire him when he puts him in the Calf Crusher. He puts away one of his crutches.

Orton tells AJ that the big difference between himself and AJ is that AJ is patient, but he’s not. Orton then drops him with the RKO, and it’s revealed to have been a rouse.

Mysterio says he’s looking forward to his rematch against Andrade, and he tells Seth and AOP when it’s all over, he’ll be the one standing tall.

Andrade dominates and attempts to hit the hammerlock DDT on the exposed surface outside. However, Ricochet comes out and saves him. He challenges Andrade to a match.

Ricochet goes for the 450, but Zelina shoves him from the top rope and Andrade capitalizes with the Hammerlock DDT.

The wedding begins and Lana rambles about how today is just about her and her Bobby. She says she wants to make love to him right now.

When it is asked if anyone objects to the marriage, a man claiming to be Lana’s first husband comes out and tells Bobby that she’ll be done just like him when someone better comes along. Lashley chokeslams him.

Then, when it is asked again, a woman claiming to be Lashley’s first wife comes out and Lana slaps her out the ring.

Then, Liv Morgan comes out and asks why the love of her life is doing this to her, and she isn’t talking about Bobby. Lana starts to cry before slapping her. Morgan fights her back and the two have a cat fight.

Then Rusev, hiding in the cake, attacks Bobby. Morgan comes back and shoved Lana’s face in the cake as RAW goes off the air.