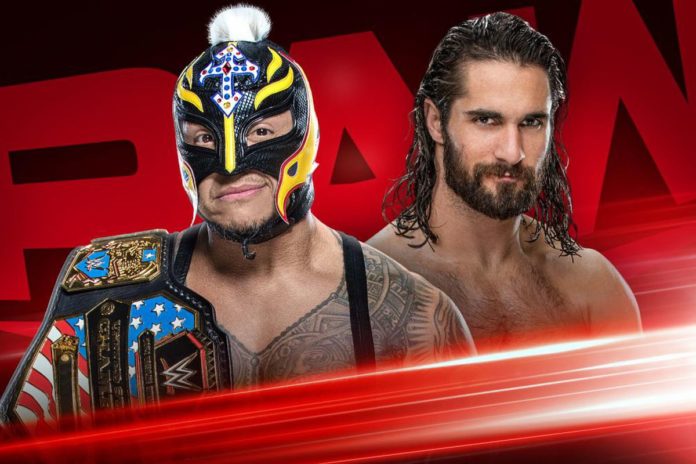 Here are the full results (spoiler-free) for the December 23rd, 2019 edition of Monday Night RAW.

Mojo says it’s not going to be a happy Christmas for Owens, as he’s going to destroy him, and Owens wastes no time starting the match.

Kevin Owens wins after he hits a Stunner and a powerbomb through a table.

Owens called Rollins out after the match, and Rollins and AOP jumped him.

Bobby wins with a spear. Lana interrupted mid-match to ramble about her wedding.

Backstage, Charley asks Seth and AOP what they hope to achieve with their constant acts of brutality. Seth takes offense, says he extended an olive branch, and got kicked in the face. Ask Owens what he is trying to accomplish by picking a fight with them every single week.

He destroys Curt Hawkins after the match, talks down to both of them and says 2020 is her year.

Becky Lynch is here. She has had some things on her mind lately. Since the birth of The Man, she has learned that she does so much better when she takes things into her own hands, and that’s what she is out here to do. She has become of the face of this company, and this company is trying to save and protect her. She has stayed quiet for too long. Becky v Asuka needs to happen next. She is not taking no for an answer. She knows who she is, but does Asuka know who she is? She is the one woman to ever beat Becky fair and square, so The Man is here to collect on one last debt.

Asuka and Kairi come out to remind Becky of TLC. They are the champions. Asuka says she wants the title on the line. Becky says she is down, then spits some Japanese to assure Asuka understands.

Murphy ends this quick with a high knee and a Murhpy’s Law.

After the match, Black comes down to the ring and offers his hand, but Murphy declines and bumps him. He tries to attack, but Black gets a Black Mass and sits over him.

Flair wins with the Figure Eight.

Randy Orton and The Viking Raiders vs. The OC

The OC use the number games and Orton’s knee buckles after an RKO. AJ hits the Phenomenal Forearm for the win.

Rusev vs. No Way Jose

You guessed it, another squash.

Rey hits the 619 on Seth and goes for the Frog Splash, but AOP attack him for the DQ.

After the match, they drag him up the ramp and clear the announcer’s table where AOP stares down Samoa Joe. Seth stops the staredown momentarily and walks back, telling AOP to finish him. AOP puts Joe through a table and Seth Curb Stomps Mysterio as RAW goes off the air.

R-Truth, Akira Tozawa and someone dressed as Santa Claus were fighting over the 24/7 Title in Times Square.