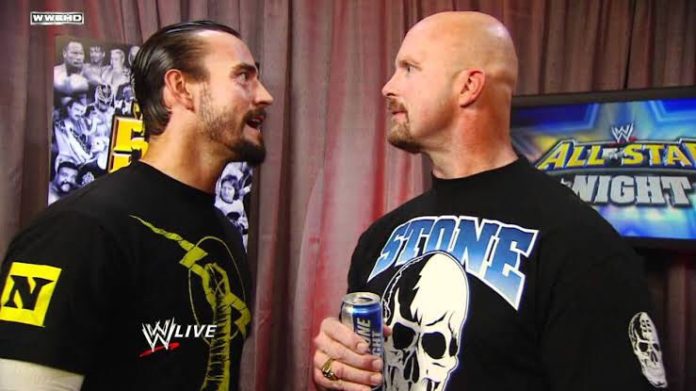 The WWE on Fox account tweeted out an image of CM Punk and Steve Austin with the caption, “There are few bigger dream matches in @WWE history than @CMPunk vs. @steveaustinBSR Who would’ve won if they ever locked up?”

Punk replied with a GIF from his infamous “pipe bomb” promo where he waves at the camera breaking the fourth wall.

Austin has been retired since 2003 while Punk hasn’t wrestled since 2014 when he departed from the WWE. Punk is only under contract with Fox, but he has not ruled out an in-ring return.