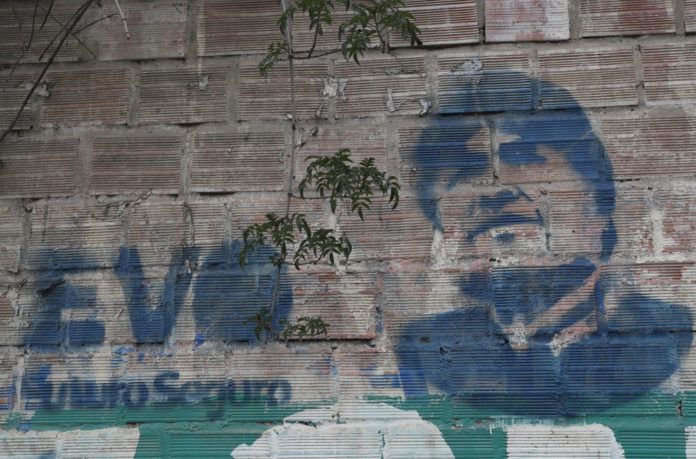 LA PAZ, Bolivia — The images of Evo Morales have come to be a part of the Bolivian landscape, even if the former leader himself now lives abroad, forced out by street protests and the crumbling of support from police and military.

His face peers out from walls and billboards, some of them remnants from the last of his four campaigns for office. As the weeks pass, they fade a bit, or the walls begin to crumble, eroding the words: “Evo president 2020-2025 … Future of Bolivia”

Never before had a member of Bolivia’s long-oppressed indigenous people risen to the presidency. Never had any president governed longer than the former llama herder and coca grower.

He held office for nearly 14 years, starting in 2006, and twice won reelection with healthy majorities as the country’s economy boomed. But he wore out the welcome for many, especially protesters who accused him of rigging this year’s third reelection vote. The wave of unrest prompted Morales to resign last month and head into an at least temporary exile.

“He’s not here now and that’s for the best. Now we are free of a man who didn’t care about the people and felt like the king of Bolivia, wanting to govern until he died,” said Samuel Mendoza, a 22-year-old economics student.

Even many followers felt his connection with them had faded over the years.

“He is indigenous like us. We reacted very late” when he was under pressure, said Brigida Soria, a 40-year-old street vendor in the capital’s poor Senkata neighborhood. Ït’s that he no longer had direct communication with us. He grew distant. ”

In this Dec. 4, 2019 photo, an employee shows the portraits of Bolivia’s former presidents, in the Presidents portrait room at the presidential palace, in La Paz, Bolivia. Former President Evo Morales is the latest portrait in the room. (AP Photo/Juan Karita)