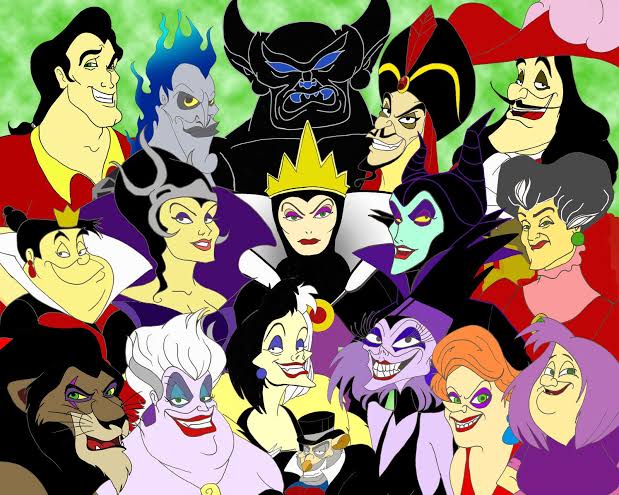 Let’s face it: heroes are boring. They wear boring costumes, they have boring lairs, and their every action is completely predictable.

Take the following scenario: the hero beats his nemesis in a fight, and his foe suddenly trips and almost falls over the nearby dangerous cliff – what does the hero do?

(A) The hero laughs derisively and points at the villain who is clinging desperately to the edge of the cliff, and says “UH OH!” in a loud, mock-sympathetic tone before stomping on the villain’s fingers to make sure he falls?

(B) The hero run over and grabs the villain by the wrist just before he falls and despite the terrible pain of his own injuries, attempts to drag his mortal enemy to safety?

If you guessed (A) – I like the way you think – but sadly, you failed the test. The correct answer is (B). Obviously a hero will always do the boringly noble thing and try to save everyone within a ten mile radius who needs saving, even if the one who needs saving is a stone-cold murderer, who seconds earlier just tried to kill him.

Even if that same person is more than likely going to try to kill him again (based on past history), probably with a small dagger in the back or side just as the hero hauls him up over the edge of the cliff. Who didn’t see that coming? Probably the hero – they’re notorious for being as stupid as they are noble.

Occasionally a hero will waver in their boringly heroic attitude, and reveal a flawed, vulnerable side that makes them more relatable and easier to connect to on an emotional level. Perhaps the mantle of responsibility has grown too heavy, or they’re tired of being “the chosen one” and want to be just like everyone else for awhile, or their nemesis unleashed a beat-down so humiliating that they’re going to be eating jello through a feeding tube for the next forty years.

But this vulnerability quickly wears off; a hero’s internal struggles never last long. All it takes is one conversation with a wise mentor (usually Morgan Freeman) or a sudden mental flashback of the trite saying that a dead family member plagiarized from a Hallmark greeting card, or a quick push-up/punching-bag montage that miraculously heals severed spinal cords, and then the hero is back on the boring, milquetoast, mind-numbing track of Goodness.

Villains, on the other hand, are interesting. They have troubled childhoods, they’re dark, they’re unpredictable, and some of them even switch to the side of Good just for the hell of it, because they’re crazy like that.

Then when you least expect it – they switch back; because they’re Villains, FOO’ and that’s the way they roll! On top of all that, villains get to have evil minions, bad-ass lairs, sinister laughs, creepy mutant pets, robot armies, boss-looking leather/spiky clothing and laser/mind-control weapons.

On a psychological level, villains appeal in a number of different ways. For one thing, they’re the underdogs, and many of us have an inherent need to root for the underdog in our society. From the beginning, the deck is stacked against them – they suffer through abuse, bullying, or personal tragedy in their youths, followed by more abuse, more bullying, and more personal tragedy in their adult lives. Unfortunately, unlike the hero who was raised in a supportive, loving atmosphere; was taught to always believe in him or herself; and has a wide network of trustworthy friends and family to turn to in times of need – the villain doesn’t have much to fall back on.

Perhaps villains are appealing because when they do manage to achieve those moments of brief, transcendent nobility, they had to struggle so much harder to get there. As fallible, moody, and perpetually messed up human beings, we can relate to the raging neuroses and the painful internal conflicts that rack the villainous psyche, because we’ve been there too. We don’t usually try to overcompensate by blowing up the moon or unleashing a horde of flesh-eating zombies, but hey, everybody copes in different ways. The point is, the average human has a lot more in common with the average villain than they do with the average hero.

Then there’s the fact that building an army of zombie robots and taking over the world just sounds like so much fun! People don’t fantasize about putting on tights and a cape and flying over to city hall to have a chat with the Commissioner – they fantasize about putting on skintight leather, back-flipping off the side of a building and then using their whip to swing through the plate glass window of a department store and stealing all the sparkly things. Michael Jackson’s hit song wasn’t called “Good” for a reason. There’s definitely something to be said for breaking all the rules and looking awesome while you’re doing it.

Villains, like heroes – are a central part of our fantasy worlds. You can’t have the good guys without the bad guys, and vice versa. Although it’s fun to imagine yourself as the brave and powerful hero, saving the world from the forces of evil – it can be just as entertaining to indulge your dark side and cultivate a sinister laugh. Villains are appealing because they are flawed, they are changeable, they are wicked, and even when they fail (which they usually do), they always return tomorrow and keep on trying to take over the world.