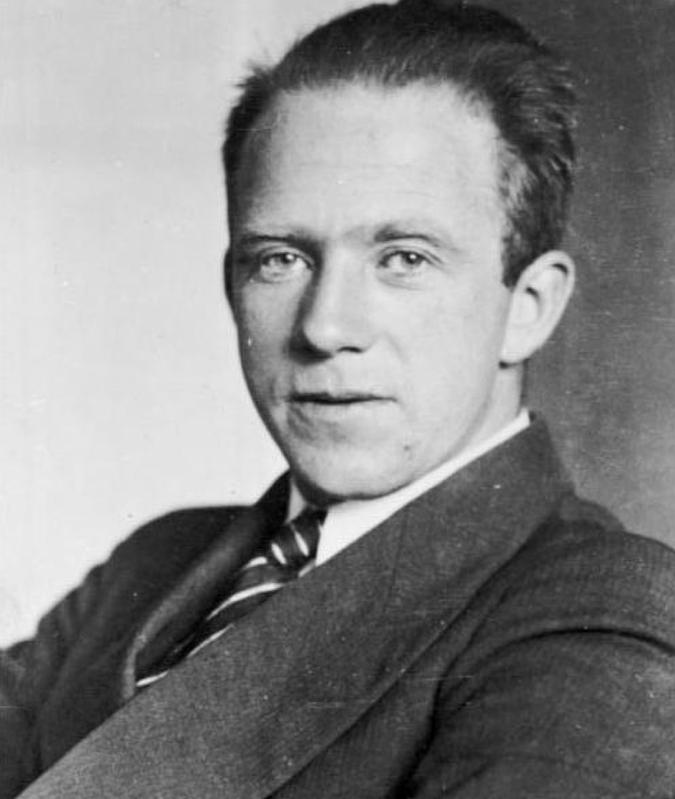 To the average person, the name “Heisenberg” probably brings to mind one of two ideas: either Bryan Cranston’s character in the hit AMC TV show “Breaking Bad,” or something about an uncertainty principle.

Born on December 5, 1901, Werner Karl Heisenberg was a brilliant scientist with a relatable weakness: When it came to the required lab courses in university physics, he was a lousy student. Theoretical physics was in its infancy at the time, and while Heisenberg’s professors knew that was his bread and butter, they believed he should also have a good foundation in experimental physics. As a result, Heisenberg wrote his Ph.D. dissertation on a concept in hydrodynamics — which was so complex that it took nearly 25 years for other scientists to confirm his conclusions — and had to answer questions about every area of physics for his oral exams. The 21-year-old answered the questions about hydrodynamics and mathematics from one professor so brilliantly and every other question from another professor so poorly that when the two averaged their grades — an A and an F — it left Heisenberg with an overall grade of a C for his doctorate.

Luckily, this didn’t hinder Heisenberg; from the time he started college to the time he was hired as a teaching assistant at the University of Göttingen, he had trained in three of the world’s leading centers for theoretical physics with three of the world’s leading theorists: Arnold Sommerfeld, Max Born, and Niels Bohr. He also had become friends with Wolfgang Pauli, another brilliant young physicist who, as we’ll see, has his own principle named after him. Heisenberg was ready to alter the future of theoretical physics, regardless of his grades.

The central piece of theoretical physics at the time was all about the structure of the atom. Bohr and Sommerfeld said that atoms were structured like planets around a sun: negatively charged electrons orbiting a positively charged nucleus. The electrons were held in specific orbits that corresponded to fixed amounts, or quanta, of energy, and could only change orbits if it absorbed or gave off exactly the amount of energy required of the next orbit. When that happens, the atom gives off light. This theory was dubbed the “quantum theory” of the atom, and while it had some problems (we now know this isn’t what atoms really look like), it did propose some ideas that are now central to quantum mechanics. The first was the idea that energy exists in quanta, not necessarily as a continuous wave. The second was that light (and eventually, all matter at the smallest scales) could be described as both a particle and a wave — a concept now known as wave-particle duality.

Those problems with the old quantum theory led to a research bonanza: Heisenberg published a new concept known as “matrix mechanics,” while Erwin Schrödinger (another physicist with a famous idea tied to his name) proposed another concept called “wave mechanics.” The two physicists debated their theories, but neither turned out to explain the whole picture of the quantum world.

What the field needed was an “interpretation” that helped connect this small-scale quantum physics with large-scale classical physics phenomena. Not only was this easier said than done, Heisenberg realized that it was downright impossible. You can take a classical object, like a baseball, and always know its position and momentum. But when you try to do the same with a quantum object, uncertainties show up. The more you know about a particle’s position, the less you know about its momentum and vice versa. That’s not because experimenters are prone to mistakes, but because these uncertainties are just inherent to quantum mechanics. He wrote all of this in a letter to Pauli, which eventually turned into a published paper that introduced the world to Heisenberg’s uncertainty principle.

So how does this work, exactly? It all comes down to wave-particle duality and the way that the act of observation affects it. As shown by a famous experiment, the way light behaves depends on how you observe it; it might behave as a continuous wave when left alone, but if you use a detector to measure where it goes, it behaves as a particle.

Heisenberg’s uncertainty principle sounds like a drag; can we really know anything? But in fact, it explains some of the weird phenomena central to quantum mechanics. One is quantum tunneling or the way that particles like electrons can “tunnel” through a solid wall — if you know their velocity, then you can’t know exactly where they’ll end up or that one won’t appear on the other side of the wall. The same goes for the concept of the “quantum vacuum,” which says that empty space is actually buzzing with so-called “virtual particles” that constantly pop in and out of existence. Because Heisenberg’s uncertainty principle can also be expressed in terms of energy and time, it’s possible that very, very brief moments — periods of time that are well known — can allow for so much uncertainty in the energy of a quantum system that particles can just show up and disappear again. Heisenberg’s uncertainty principle is nothing to fear. It’s why reality is the way it is.